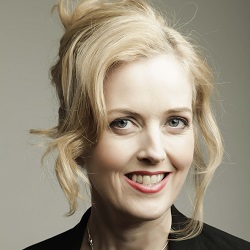 A Bar Standards Board (BSB) panel has rejected more than 80 complaints made against a barrister accused of making racist comments on Twitter about the Duke and Duchess of Sussex’s baby last year.

Joanna Toch, founder of the Family Law Café, said her 33-year career as a barrister remained unblemished following the decision of the BSB’s independent decision-making panel.

It is the second occasion in a week that a barrister has been cleared of wrongdoing over a tweet, after a tribunal ruled that another BSB panel applied too low a threshold in sanctioning him for a tweet about Muslims.

In a tweet in June 2021, controversial writer Julie Burchill described the name of the baby, Lilibet Diana, as “a missed opportunity”.

Referring to George Floyd, she said: “They could’ve called it Georgina Floydina!”

The exchange sparked heavy criticism on social media and from newspapers that Ms Toch’s comments had been racist, with several Twitter users sharing the procedure to complain to the BSB, and the Family Law Bar Association (FLBA) tweeting its disapproval.

Ms Toch apologised and was suspended for a short time by the Family Law Café while it investigated.

The BSB alleged that the tone of the first tweet gave the impression of mocking or being flippant about the Black Lives Matter movement, while the second, combining the names of two black women “seemingly selected for their race”, was ill-judged.

Ms Toch said the BSB has now confirmed that the panel dismissed the 80-plus complaints it received about her tweets.

Her counsel, Marc Beaumont, told the regulator that the rhetorical question ‘Don’t black names matter?’ was meant to be “sympathetic rather than antipathetic”.

Formerly married herself to a Muslim solicitor and having children, “Ms Toch expressed her belief that black names, like black lives, obviously matter and that in a marriage between a white man and a mixed-race woman, the names of their children should reflect the culture and background of each”.

He pointed out too that Ms Toch was not identified as a barrister on her Twitter account and tweeted in a personal capacity.

Her second tweet was “intended to be a witty amalgam of two names” and nothing more.

“Her error perhaps lies in not foreseeing that wordplay might be seen by some people as insulting or disparaging of black people, rather than witty.”

Following the decision, Ms Toch said: “My tweets were misinterpreted, perhaps deliberately by some, and I was publicly vilified with threats made about me and my family.

“The furore was whipped up by those who should have known better, in my view. The FLBA and the Bar Council put out rash comments without speaking with me to see what my side of events was.

“The FLBA said they would make a complaint, although they never did so. This encouraged others. I have remained in practice as a barrister throughout and remain a member of the FLBA and I think this speaks for itself.”

Ms Toch argued that the episode showed how “a few people can decide what they think something means and bypass any attempt to clarify or use due process”.

She added: “I knew that all the nonsense put out about me had no truth in it and I didn’t read it at the time. I will now have a look to see what I need to do about the hate speech and false narratives.”

Mr Beaumont, who said he was acting for other barristers facing “not dissimilar” cases, argued that professional regulation, “if too interventionist”, could infringe on freedom of expression.

“The law requires society to take the rough with the smooth – some of our most celebrated judges have held repeatedly that free speech includes opinions that others might find to be offensive.

“The deterrent is usually robust debate and counter-argument rather than suffocation and cancellation. And there must be a high threshold before the language used can properly be castigated by a regulator, still less during social media activity in private life.”