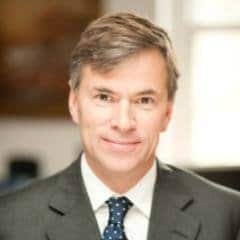 Fetherstonhaugh: Wary of proposals to deregulate matters such as class size

The Bar Standards Board (BSB) has decided that the 12-month period for work-based learning – pupillages and other formats that may develop – should remain but made changes to the way vocational and on-the-job training is delivered.

The BSB will also peg the minimum pupillage award – currently £12,000 – to figures from the Living Wage Foundation. These are just over £17,000 for London and £14,800 for the rest of the country this year.

The Bar Council has given a mixed response to the proposals.

In the final policy statement to come out of its Future Bar Training project, the BSB said “the presumed duration of pupillage and other forms of work-based learning will be a minimum of 12 months and no more than 24 months (or proportionately longer if undertaken part-time).”

For the vast majority this will continue to take the familiar form of pupillage “but we expect that new forms of delivery will emerge over time”, it said.

The regulator said it would allow self-employed barristers to supervise two pupils for the first time, one practising and one non-practising.

Employed barristers would likewise be allowed to supervise more than one pupil and possibly more than two, although this was not specified.

The BSB said it would continue to allow training providers other than the Inns of Court to train pupil supervisors and it would “prescribe outcomes” for the training.

Refresher courses would be required every five years, or three if no pupils had been supervised.

The BSB said all training organisations, including chambers, BSB entities and other organisations, would be asked to confirm whether they wanted to continue providing pupillages and, if so, would have apply to be authorised under a new framework.

A new curriculum and assessment strategy has been adopted which will introduce “important changes” to the vocational training of barristers, currently provided by the Bar professional training course (BPTC).

Current prescriptions in the way in which training organisations deliver it in areas such as formative assessments, class sizes, staff-to-student ratios, session design and delivery will be removed.

To “increase affordability” for students, there will be no need to include options on the course, meaning training providers can offer “shorter courses if they wish”.

The number of sittings each year for centralised assessments will be increased from two to three, and candidates will be allowed an “unlimited number of attempts at each assessment” within five years, subject to the rules set by their training provider.

The current ‘very competent’ and ‘outstanding’ grade boundaries for centralised assessments will be removed, to focus the “outcome of a student’s performance on whether or not they have achieved the minimum threshold standard”.

There will be one assessment during vocational training and another “centrally set and marked examination during pupillage or work-based learning”.

The assessment during pupillage will be “an open book exam, undertaken during pupillage, thus better reflecting the real-life environment in which ethics must be adhered to during practice”.

Vocational training providers will be free to devise their own assessments, provided they were graded as ‘competent’ or ‘not competent’.

In further changes to the training of pupil barristers, the requirement to undertake courses in forensic accountancy and practice management will be dropped.

During the non-practising part of pupillage, there will be a new compulsory course on negotiation skills and the existing advocacy course will be opened up to providers other than the Inns.

The BSB said the earliest the changes to centralised assessments could come into force would be September 2020.

Ewen MacLeod, director of strategy and policy at the BSB, said the pupillage and training changes were an “important milestone” in the Future Bar Training programme.

Guy Fetherstonhaugh QC, chair of the Bar Council’s education and training committee, welcomed the 12-month limit on pupillages and “in principle” the decision that awards should not be less than the Living Wage, although he said the impact on pupil numbers should be monitored.

On changes to the BPTC, Mr Fetherstonhaugh said: “We are wary of the proposals to deregulate matters such as class size, at a time when personalised vocational training in small cohorts is viewed by the Bar as vitally important and we view with equal concern the proposal to allow unlimited applications for resits for up to five years – at a time when students taking the current BPTC have an unprecedentedly high failure rate.

“We welcome the fact that the Inns of Court are giving careful consideration to offering their own two-part BPTC training, as the Bar Council and the Council of the Inns of Court have advocated over the last two years.

“We hope that course will concentrate on providing talented Bar students from all backgrounds with the best possible vocational grounding.”