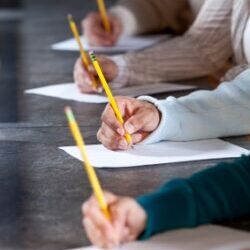 The Bar Standards Board (BSB) is considering whether to scrap the Bar course aptitude test (BCAT) after an analysis showed that fewer than 1% of students have failed it.

Though the proportion of students going on to fail the Bar professional training course has tumbled – from 20% to 7% – the BSB said this was more likely to be down to course providers’ admissions policies “and, potentially, students’ own self-selection”.

The BCAT was introduced in 2013 as the number of students failing the vocational component of the Bar training was high, meaning too many students who had little prospect of successfully completing the BPTC were being enrolled.

It is a computerised 55-minute test which consists of 60 multiple choice questions designed to assess critical thinking and understanding of arguments.

The analysis also found that the BCAT did “not seem to be reliable or consistent” – students with similar aptitude scored differently depending on the year they took the test.

With the analysis showing that the BCAT “has had little effect in filtering out students who do not have the required aptitude for the vocational component of Bar training”, the BSB is now consulting on whether to retain the BCAT in its current form, make it more effective or scrap it altogether.

The regulator said the evolution of BPTC providers’ admissions processes – such as higher degree requirements, the greater use of interviews and practical exercises – was a far bigger factor for the fall in fail rates, with nearly half of applicants excluded as a result.

There were also indications that “less capable students are self-selecting by not enrolling on a Bar training course”.

The BSB acknowledged that over-reliance on prior educational attainment could have an adverse impact on diversity, “as it could reinforce inequalities that already exist in the education system”.

The consultation continued: “One of the attractions of a test like the BCAT (if it is working effectively) is that it focuses on aptitude rather than prior attainment. However, there are other mechanisms through which we can monitor the impacts on diversity of student recruitment by course providers.

“Should there be evidence of adverse impacts on student diversity due to an increased reliance on prior attainment, such as requiring a first-class or upper second-class degree, we will work with course providers to mitigate such impacts and ensure that admissions policies are aligned with expectations set out in the authorisation framework.”