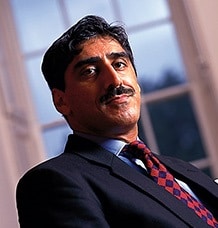 The Bar Standards Board (BSB) issued an unprecedented public apology to a QC yesterday for the errors and delays it made in clearing him of misconduct.

Khawar Qureshi QC is a commercial and international law silk at Serle Court who has been a deputy High Court judge since 2013. He was also chairman of TheCityUK legal services group from 2011 until 2015.

According to the BSB, three allegations were made against Mr Qureshi by another barrister in late April 2015, asserting that he had misled the court while acting as lead counsel for the claimants on an application for a freezing order during the high-profile case of Republic of Djibouti v Boreh. A solicitor for the claimant was found to have misled the court.

Mr Justice Flaux had said in an earlier hearing that he had “no doubt” that the barrister had behaved “entirely honourably”.

But the BSB said that Mr Qureshi decided to self-report himself “as a matter of honour”, even though he considered that he had done nothing wrong. This was leaked to the press.

The BSB statement concluded: “There are no outstanding proceedings against Mr Qureshi QC of any type and the BSB has no concerns about Mr Qureshi QC’s conduct; he retains an entirely unblemished professional record.

“The BSB has apologised to Khawar Qureshi QC for any distress or prejudice resulting from errors and delay on the part of the BSB prior to its dismissal of the allegations.”

A spokesman for Mr Qureshi said: “Khawar is pleased that the BSB finally acknowledged very serious errors and delay in its conduct. He hopes that no more barristers are subjected to such treatment, and that, in future, the BSB will be more robust in protecting the reputation of barristers.

“This is vital in the context of ever more aggressive litigation and the use of media for smear tactics.

“He conveyed his concern to the BSB that the mere fact of a ‘self-report’ – made out of a sense of honour, in circumstances where there is no basis whatsoever for an allegation – may be used to besmirch a barrister’s reputation.”

The spokesman said the BSB had denied that it was responsible for the leak.

“Senior commercial litigators have expressed concern at the potential for abuse of the BSB process to unfairly attack barristers, unless the BSB adopts a stronger approach to ensure that there are ‘genuine and reasonable’ grounds for complaints and to deal with improper or malicious leaking of information.”