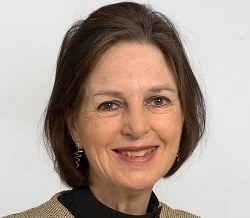 The standard of proof in disciplinary cases involving barristers is being lowered to the balance of probabilities following a decision yesterday by the Bar Standards Board (BSB).

The BSB said the change from the criminal standard would bring the Bar’s disciplinary arrangements in line with most other professions.

The civil standard of proof will also be applied by the BSB’s professional conduct committee when following the ‘determination by consent’ procedure – agreed outcomes that mean cases do not go to a tribunal.

The change will require the approval of the Legal Services Board and a period of preparation for the BSB and the Bar Tribunals and Adjudication Service. The BSB has proposed applying the civil standard to alleged breaches occurring after 31 March 2019.

The BSB said it received 101 responses to its consultation on the issue, the majority of which were from individuals and opposed a change.

It said the Criminal Bar Association also opposed a change but included in its response a minority view in favour, while the Bar Council and Commercial Bar Association indicated that their members were evenly split.

This division was also reflected in the responses from the Inns, with one Inn supporting a change, one arguing against and one urging its members to respond as individuals acknowledging that opinions were divided. The fourth Inn did not respond.

Other regulators and the Legal Services Consumer Panel supported a change to the civil standard.

BSB chair Sir Andrew Burns said: “If this change is approved by the LSB, it will be an important step forward in the BSB’s ongoing work to modernise the regulation of the Bar in the public interest.”

Attention will now turn to the standard of proof at the Solicitors Disciplinary Tribunal, where a similar change is strongly backed by the Solicitors Regulation Authority and Legal Services Board, and was also a recommendation of the Insurance Fraud Taskforce.

The tribunal has said it would consult on the issue.

Meanwhile, one-time Labour minister Baroness Blackstone is to replace Sir Andrew on 1 January 2018 after his three-year term in the chair ends.

She was originally an academic, teaching at the London School of Economics for 10 years and later becoming professor of educational administration at the University of London Institute of Education.

She became Master of Birkbeck College in 1987 and was awarded a life peerage that year. She was minister of state for education and employment from 1997 to 2001 and then arts minister for two years.

Baroness Blackstone was vice-chancellor of the University of Greenwich for seven years until 2011. She has been the chair of the general advisory council of the BBC, the Institute for Public Policy Research, the Royal Institute of British Architects Trust, and of the board of Great Ormond Street Hospital.

She is currently chair of the British Library Board, the Franco-British Council, the Orbit Group of housing associations and the trustees of the British Lung Foundation.

Dr Vanessa Davies, director-general of the BSB, said “Baroness Blackstone has had a remarkable career in British public life and brings with her a great deal of relevant experience of education and of leading important institutions.”