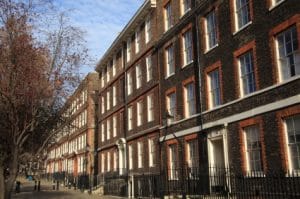 BSB: review will provide “evidence base” for the two regulators

The Bar Standards Board (BSB) and ILEX Professional Standards (IPS) are contacting research organisations to prepare the way for an independent review of advocacy in the youth courts.

The Solicitors Regulation Authority (SRA) has decided not to take part in the project.

“The aim of the review is to identify and examine the skills, knowledge, and attributes needed for youth court advocates to work effectively,” a BSB spokesman said.

“The outcome will be an evidence base from which the two regulators can then identify any existing risks within youth court advocacy, and establish what, if any, regulatory action needs to be taken.”

The review follows the publication in June of the final report of the Independent Parliamentarians’ Inquiry into the operation and effectiveness of the Youth Court, chaired by Lord Carlile. MPs and peers were involved, including former justice minister Lord Bach.

The report recommended that the BSB, SRA and IPS “should introduce without delay a requirement for all legal practitioners representing children at the police station and practising in youth proceedings to be accredited to do so”.

It estimated that new entrants would need “an initial spell” of at least 10 hours’ accredited youth training as well as annual refresher training of two hours, and that “criminal justice system-experienced” young people should be involved.

The BSB spokesperson said the joint review with IPS had been made “all the more necessary” by the parliamentary inquiry’s recommendations.

He added that the regulator had an “open mind” on how practice standards could be developed in the youth courts and its decisions would be “based solely on the evidence resulting from the review”.

A spokesman for the SRA said the regulator was aware of the research project. “We decided not to take part at this time, but we will keep an eye on the project as it develops.”

In its latest annual report, the BSB promised to research the need for “other quality assurance schemes and/or accreditation schemes” beyond the Quality Assurance Scheme for Advocates (QASA).

Under QASA, which has been put on hold pending the handing down of a ruling from the Court of Appeal on its legality, the minimum requirement for youth advocates is set at Level One, the level required for magistrates’ court work. This was downgraded from Level Two, the starting point for Crown Court work, in the fourth QASA consultation paper.