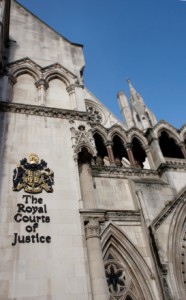 High Court: board hopes to bring costs down

The Bar Standards Board (BSB) is to bring a judicial review (JR) of a disciplinary tribunal decision ordering that an acquitted barrister who represented herself be paid £27,500 in costs, fearing that if it went unchallenged similar claims could follow.

The costs order, which ruled that then unemployed barrister, Natasha Sivanandan, should be paid her costs at a rate of £120 an hour – two-thirds of what would have been paid to a solicitor if she had instructed one – followed the dismissal of two charges of professional misconduct, and the withdrawal of a third, at the start of 2012.

There is no mechanism in the tribunal rules for the BSB to appeal a costs decision, so JR is the only remedy.

In its application seeking to have the costs order quashed, made on behalf of the BSB by Timothy Brennan QC, the board warned that if it was upheld, the decision of the disciplinary tribunal of the Council of the Inns of Court would set a dangerous precedent. The BSB would “be faced with the same argument in any case in which a self-represented barrister is acquitted”.

But Ms Sivanandan, who was called to the Bar in 2006 and who is an interested party in the JR, said: “The really interesting thing, I think, is that if the BSB wins, every losing barrister is going to JR on costs. I do agree that this issue is of wider importance. I think [the BSB] is setting a precedent that has dangerous repercussions if they win.”

In its application, the BSB argued that the costs specialist who ruled in Ms Sivanandan’s favour, Andrew Post QC, wrongly felt bound by a 2011 decision by Mr Justice Ryder, sitting as a Visitor to the Inns of Court – Miller v Bar Standards Board.

The BSB did not seek to JR Miller, in which costs of £4,500 at an hourly rate of £160 were awarded to Mr Miller, a barrister of seven years’ call who did his own preparation work.

The only issue to be decided by Mr Post – who was appointed by the tribunal that acquitted Ms Sivanandan – was the hourly rate she should receive, and whether it should be the £18 an hour prescribed for a litigant-in-person (£9.25 until 30 September 2011) by the Civil Procedure Rules, or the £120 claimed.

The BSB argued that rather than exercise his own discretion, Mr Post had “wrongly treated Ryder J’s decision as determinative of his own decision”.

In the judgment of the tribunal that heard Ms Sivanandan’s case, chaired by John Hendy QC, the unanimous view of the panel was that the BSB should have never have brought the proceedings.

Permission to bring the JR is understood to have been granted.

The BSB has itself been on the receiving end of a JR recently in connection with irregularities over appointments to tribunal panels.