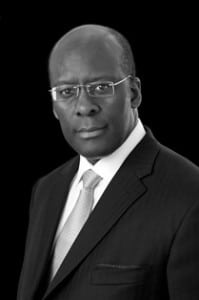 Barristers who successfully defend themselves in disciplinary proceedings can claim their costs at a rate higher than that of a normal litigant-in-person, the High Court has ruled in a largely unsuccessful judicial review brought by the Bar Standards Board (BSB).

Although they awarded £60 per hour instead of the £120 determined by an assessor appointed by a disciplinary tribunal, Lord Justice Moses, sitting with Mr Justice Collins, rejected the BSB’s key argument that the barrister should receive the £18 per hour (£9.25 until 30 September 2011) that an ordinary litigant-in-person receives under the Civil Procedure Rules.

The non-practising barrister, Natasha Sivanandan, had been acquitted of all charges and was awarded £27,500 costs, including 166 hours of her time at £120 an hour – two-thirds of what would have been paid to a solicitor if she had instructed one.

There is no mechanism in the tribunal rules for the BSB to appeal a costs decision, so JR was the only remedy. In its , the board warned that if it was upheld, the BSB would “be faced with the same argument in any case in which a self-represented barrister is acquitted”.

Ruling last week in BSB v Disciplinary Tribunal of the Council of the Inns of Court [2][] EWHC 1570 (Admin) [2], the judges agreed with the BSB that the assessor, Andrew Post QC, had been wrong to consider himself bound by a 2012 costs decision of Ryder J, sitting as a Visitor, in Miller v BSB.

In those proceedings, Ryder J applied the principle in London Scottish Benefit Society v Chorley [] 12 QBD 452, that a solicitor acting as a defendant-in-person was entitled to reasonable professional remuneration for work which would otherwise have had to be done by another solicitor.

But the judges disagreed that the CPR should have applied, especially since it was open to the BSB to stipulate this in its rules and it had not done so. Moses LJ said: “I bear well in mind the important public duty which the [BSB] fulfils, but where in general should the costs lie in those cases where a barrister has been wrongly charged, has not brought the proceedings on himself, and where the charges have been dismissed?

“Should the cost fall on the barrister, or on the Bar at large? It seems to be there can only be one answer to that question and that the financial loss the barrister has incurred includes the expenditure of his own professional skill.”

He dismissed the BSB’s argument that Ms Sivanandan – an interested party in the JR – had suffered no loss because she was no longer in practice. “I do not agree. The [BSB] has agreed the number of hours she had spent in defending the unjustified charges against her. In those circumstances, she is entitled to the costs represented by her expenditure of professional skill.”

However, he assessed an hourly rate of £60 was reasonable “taking into account the fact that the interested party was not practising at the time”. He noted the hours seemed “extraordinarily long”, but that they had been agreed.

Ms Sivanandan told Legal Futures: “The BSB spent three years pursuing disciplinary charges against me despite their internal sponsor report recommending that it was not in the public interest to bring charges.

“On my strike-out application, a disciplinary tribunal dismissed the charges, said the charges should never have been brought and awarded me costs. Instead of drawing a line in the sand, the BSB judicially reviewed the costs awarded.

“I am pleased that the High Court has accepted my point that I should be paid costs at a rate that acknowledges my professional skill and knowledge rather than the CPR litigant-in-person rate. I deeply regret the BSB’s conduct, which has wasted thousands of pounds of hard-earned barristers’ money.”

A BSB spokesman said: “We have received the judgment, which we are studying carefully.”

Timothy Brennan QC of Devereux Chambers acted for the BSB and Richard Wilson QC of 36 Bedford Row was instructed by Ms Sivanandan.