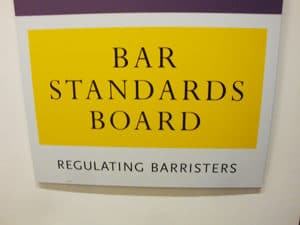 The Bar Standards Board (BSB) is to consult on removing the rule that allows one person to veto their chambers reporting anonymised data on the sexual orientation, religion and belief of all members, in a move it said was supported by LGBT+ members of the Bar.

The current rules on chambers and entities’ diversity data disclosure prevent the reporting of any sexual orientation, or religion and belief data, unless every member of chambers has consented.

According to a report to last week’s meeting of the BSB full board, this meant that “heterosexual members of chambers (who are not at significant risk of having their identity revealed) are able to veto publication of sexual orientation data”.

There is no similar provision for the other protected characteristics: age, ethnicity, gender and disability.

The original aim, when the rule was introduced in 2012, was to protect the rights of members of the workforce who wanted their sexuality, and religion and belief to be unidentifiable. “This rule was deemed necessary, as there were legitimate concerns that without it no sexual orientation or religion and belief data would be disclosed at all.

“This also minimised the risk of unintended ‘outing’ of a member of chambers.”

However, this has still resulted in “very low disclosure of data” by chambers and entities.

The Bar Council last year asked the regulator to amend its rules “in support of promoting a culture of openness and transparency at the Bar”, and the BSB said its subsequent engagement with specialist groups such as FreeBar and Stonewall has “established that since the rules were initially implemented, the desire for extra protection with regards to sexual orientation data reduced.

“There is also a growing desire to promote the diversity in sexual orientation that already exists in the profession.”

The BSB said the separate provision that excluded publication of any diversity data when there was a real risk that individuals could be identified, unless all those affected consented, “may offer sufficient protection”.

The regulator admitted that it had not engaged directly with any specialist religion or belief organisations, but said “the issue concerning such data is very similar”.

However, it acknowledged that the outcome of the consultation may suggest that the rule should be amended for one of the protected characteristics, but not the other.