BSB board members call for “radical thinking” on backlog 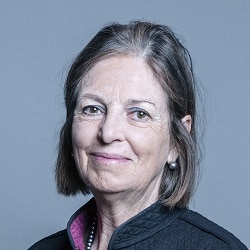 “Radical thinking” is needed by the Bar Standards Board (BSB) to get a grip on the growing backlog of investigations and poor performance on timeliness, board members have said.

Kathryn Stone, who is also the Parliamentary Commissioner for Standards and former chief legal ombudsman, said the BSB should consider using a shared pool of investigators with other legal regulators.

“This is a real trust and confidence issue,” she told last week’s meeting. “It’s time for radical thinking.”

The BSB said the pandemic and recent cyber-attack on the regulator had both reduced performance, but the “core reason” for the fall was “lack of resilience in the team to deal with staff turnover, the increase in complexity of the work and address fluctuations in the volume of cases.”

The number of investigations had also increased by 40%. “The main impact of the increase in referrals has been an ongoing backlog in investigation referrals awaiting acceptance. The team has not had sufficient capacity, until recently, to allocate cases to officers.

“We have prioritised cases according to risk, but this does mean that the lower-risk cases are subject to long delays before being accepted.”

Ms Stone said poor performance was “precisely the challenge” that had faced the Legal Ombudsman (LeO) when she headed the organisation.

Offering her services as adviser, she said: “We need to get this sorted and the Bar needs to see we are making progress.”

Lay board member Steve Haines agreed that there was “a lack of urgency” and “things were pushed back” quarter after quarter.

“I wonder if we need an independent view for the transformational and systemic changes needed.”

Alison Allden, another lay member, said it was time for the BSB to “do something radical to get us back on track” and that outsourcing should be considered.

Bar Council vice-chair Nick Vineall QC, attending the meeting as an observer, said “justice delayed is justice denied” and it was “crucial for the mental health of barristers that investigation and enforcement were done properly”.

He said the BSB had committed to producing a “recovery plan”, but the board paper was not one. “I’m sorry to be so blunt, but this is very disappointing.”

Mark Fenhalls QC, chair of the Bar Council, added: “I would urge the organisation not to be spending time on other things when it should be looking at this issue above all.”

He said a recovery plan should be drawn up before the next board meeting in September.

Baroness Tessa Blackstone, chair of the BSB, described the backlog of investigations and poor performance as an “urgent problem”, and said the organisation should explore outsourcing or bringing in staff on a part-time basis.

BSB director-general Mark Neale said he would consider all the suggestions made. “There is absolutely no lack of urgency or determination to tackle the issue.”

Sarah Jagger, director of professional conduct, added that while the key performance indicators were about timeliness, quality was also important. “On behalf of the staff, people are working hard. We haven’t had the staff we talked about last year.”