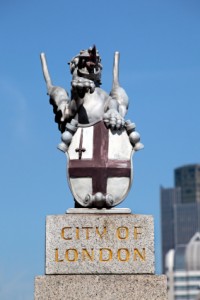 Commercial law firm Bristows has been granted an alternative business structure (ABS) licence, becoming the largest City practice so far to have taken the plunge.

The 34-partner, 74 fee-earner firm – best known for its intellectual property (IP) work – has had chartered accountant Jerry Merton as a non-lawyer partner since 2010. Mr Merton becomes the ABS’s head of finance and administration. Before joining Bristows he worked for accountants Deloitte.

Bristows acts for numerous FTSE 100 and Fortune 500 firms and has one of the largest IP practices in Europe. Its ABS licence from the Solicitors Regulation Authority covers the full range of reserved activities. While it was granted on 28 January, it only becomes effective from 1 May 2013.

The ABS’s head of legal practice is partner Charles Pugh, an international commercial litigation and arbitration specialist who joined the firm in 2008 and is a member of the disciplinary committee of the Insolvency Practitioners Association.

Mr Pugh told Legal Futures the firm would not seek external investment, adding: “We have no plans to change anything about our business model as a result of our ABS licence.”

Until now large national firms such as Irwin Mitchell have embraced ABSs but City firms have remained on the sidelines for the most part. In September City-based Abbiss Cadres obtained an ABS licence to offer employers human resources consulting and related services, as well as legal services.