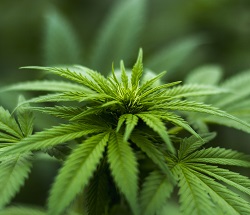 A pioneering US law firm that only acts for cannabis industry operators is set to launch an office in the UK.

Denver-based Hoban Law Group (HLG) announced this week that it will open four offices in the EU by late autumn and two offices in Latin America by spring of 2018.

A US legal publication quoted a spokeswoman as saying Hoban would open in London, although the firm would not confirm that to us.

HLG, which has 34 lawyers, describes itself as the US’s only full-service “cannabusiness” (cannabis business) law firm, “servicing all legal medical and adult use cannabis”. It has a presence in all 19 US states and territories where cannabis has been legalised.

Formed in 2009, HLG says it has clients in “the various regulated marijuana dispensary systems” – locations in the US where people can legally buy cannabis – “the industrial hemp industry, and the related ancillary and financial services space”.

In a statement, it said: “The need for this international expansion has been created by existing client needs in the rapidly evolving global cannabis marketplace.

In September, it aired the first national TV advertisement for the cannabis industry, promoting what the firm can do, which was also the first such advertisement in the US to use the word ‘cannabis’.

The so-called ‘green rush’, reflecting the growth of the cannabis industry in the US, also saw the creation of a National Cannabis Bar Association two years ago.

Its president, Shabnam Malek of California firm Brand & Branch, is an intellectual property specialist for the cannabis industry, while board members include a former Chicago judge who now runs a cannabis business called Sweet Leaf Kitchen.