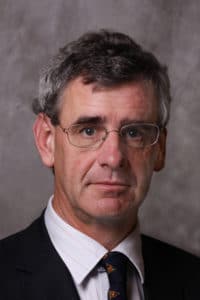 The Bar has nothing to fear from an online court, but it must take direct access “seriously”, Lord Justice Briggs has said.

Speaking at Saturday’s annual Bar conference, the architect of the proposal said the creation of an Online Solutions Court, was – contrary to some newspaper headlines – not designed to exclude lawyers.

Rather, it was designed to encourage litigants to seek early advice from lawyers and then more specialist advice where needed, later in the process.

He said: “The Bar is uniquely well placed to provide bespoke advice on merits and specialist technical advocacy.” In particular, he continued, the young Bar, which “excels” in providing a “competitive” service, would be well-placed to play its part in the new court.

But, added Briggs LJ: “It won’t work financially if they can only do it as part of a solicitor’s retainer.” Barristers would instead need to “take direct access seriously”.

“The amount earned per case will go down, but the more cases that go through the courts will mean the Bar need have no fear of the online court,” he said.

The £25,000 limit on the value of claims that could go to the online court, he said, was “a first steady-state ambition” that could be arrived at incrementally and, if it works, could be increased.

The figure, he said, would cover the majority of claims and “provide the opportunity to see if the sky is the limit for the new way of litigating”.

Achieving the new court’s aim of making the law more accessible and “empowering” litigants, he said, would require a “big increase” in public legal education.

The UK was “behind the times” in public legal education, compared with other countries, while many of the laws made by Parliament were complex.

Expressing the hope that some laws could be put online in an easy to understand way, Briggs LJ said: “Everyone involved in the making of black letter and procedural law has got to get a grip and treat simplification of the law as a priority.”