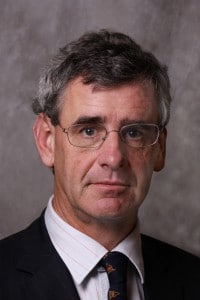 Lord Justice Briggs has set out radical plans to create an online court (OC), which could become the compulsory starting point for money claims worth up to £25,000, and which would be designed “for use by litigants without lawyers”.

Briggs LJ said there was a “clear and pressing need” for the new court, with no “default assumption” that claims would need to be settled at trial, and with conciliation and management by ‘case officers’.

The call was the standout feature of the interim report of his Civil Courts Structure Review, which was commissioned by the Lord Chief Justice and the Master of the Rolls in July 2015 to coincide with a programme for reform of the courts by Her Majesty’s Courts and Tribunals Service, to which Chancellor George Osborne committed investment in the Autumn Statement.

The report also considered other elements of the civil justice system (see below).

Briggs LJ said the development of an OC was “the single most radical and important structural change” with which he was concerned.

“It provides the opportunity to use modern IT to create for the first time a court which will enable civil disputes of modest value and complexity to be justly resolved without the incurring of the disproportionate cost of legal representation.

“In my view it offers the best available prospect of providing access to justice for people and small businesses of ordinary financial resources.”

Briggs LJ said the concept of an online court had existed in the public domain in England and Wales for less than a year, since the report of the online dispute resolution advisory group, chaired by Professor Richard Susskind.

“The ambition of the reform programme is that the whole of the civil courts should be digitised,” he said. “Literally speaking, the civil courts of England and Wales will consist of one or more online courts, probably accessed through a common online portal.”

However, Briggs LJ said the OC would be “no mere digitisation of an existing court”, but “something entirely new”.

He went on: “In fact the true distinguishing feature of the OC is that it would be the first court ever to be designed in this country, from start to finish, for use by litigants without lawyers.

“It would be tempting to capture this essential distinguishing feature by calling it a people’s court, were it not for the unfortunate historical connotations which would inevitably attach to that phrase.”

Briggs LJ said it was likely that the OC would begin by confining itself to money claims, and would adopt a variant of the three-tier structure proposed by Professor Susskind:

Briggs LJ said that among the advantages in the OC being a “separate court with separate rules”, would be that it would “insulate the OC from all the lawyerish and purely adversarial aspects of the culture of the civil courts”.

He said the OC would “need software and structures for the provision of help to those challenged with computers”, and “in its early years in particular, it is likely that the electronic structure will need intense maintenance, development and care while it beds down and becomes established”.

Briggs LJ said the OC would also need a “self-standing set of rules designed from the outset to be understood by litigants without lawyers”, and which would best be drafted not by the Civil Procedure Rules Committee but by employed and voluntary members of advice and assistance agencies working with litigants in person.

Lord Justice Briggs said that, in his view, rather than starting with small claims, a limit of £25,000 would be a “better steady-state objective”, even if £10,000 was the temporary initial limit.

He said there was a “wide measure of agreement” that possession claims, claims for non-monetary relief such as injunctions, class claims and claims involving children should not be handled by the OC.

On the subject of personal injury claims, Briggs LJ said his provisional view was that they should also be excluded, unless the small claims limit was raised to £5,000 so that claims under it could be included or claimants wanted to use the OC.

He said it was “inevitable” that the “long-term objective of creating a court suitable for litigation without lawyers” would only be achieved if the OC was compulsory, though he said there was also an argument for a “proving period”.

Briggs LJ added that “some form of telephone helpline” would also be needed to help those who could not access the OC, as part of an assisted digital service.

The review did not just look at online courts. Other key points were:

The provisional plan is to complete the review by 31 July 2016. Consultation responses are requested by the end of February, so that the judge can conduct meetings thereafter, “leaving space to think and write in June and July”.