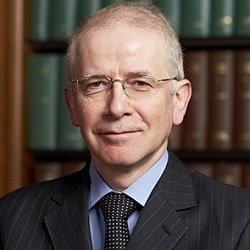 Reed: Challenging time for us all to get our heads round it

Brexit will create a “colossal body of law for lawyers to get their teeth into”, the deputy president of the Supreme Court, has predicted.

Lord Reed said that, after Brexit, there would be “three different types of EU law with different rules applying to each of them”.

Speaking to the House of Lords constitution committee yesterday, he said there would be “retained EU law”, a special type of domestic law with higher status than other domestic law, withdrawal agreement law, and ordinary EU law, which may still apply as a type of foreign law, particularly in contract or trade mark cases.

Lord Reed said withdrawal agreement law would derive from the agreement itself, various areas of EU law remaining in force and, presumably, from a Withdrawal Act.

He said it would have to be treated as EU law was treated now in its superiority over ordinary UK law and retained EU law, but there would be different principles of interpretation, different remedies available and its duration would vary from one type of law to another.

Lord Reed went on: “We will have a colossal body of law for lawyers to get their teeth into. It will be a challenging time for us all to get our heads round it.”

Lady Hale, president of the Supreme Court, told peers that the immediate impact of Brexit would be losing the ability to make references to the European Court of Justice, unless it was retained under the withdrawal arrangements.

“There is a strong likelihood that we will be making a reference next week and we are waiting for replies to quite a few references,” she said.

“It will make a difference because there are lots of areas of EU law where the answer is not crystal clear.”

On diversity, Lady Hale restated her opposition to quotas and “any sort of positive discrimination”, but said she was not against targets – such as having a 60/40 split on gender in cases, whether it meant more men or women.

She said there was no current policy of having at least one woman on every five-justice panel.

Lord Reed said that with three female justices, it was now the case that in practice panels included at least one woman, and the Supreme Court tried to ensure this where a “woman’s perspective” would have a practical impact on a case.

On judicial recruitment, Lady Hale said that rather than increasing the retirement age to 75, she would prefer a retirement age of 72, which would be applied not just to senior judges but across the board.

She said lawyers should be encouraged to come onto the bench in their sixties, when people had often got past their “major financial responsibilities”.

Lady Hale said the stereotype of top silks joining the High Court was very enduring and more should be done to recognise judicial qualities “in different places”.

She said a lot of “very sensible and talented lawyers” left private practice for roles in central and local government, or as in-house counsel, because the pressure of work in law firms was so relentless.

“These people tend not to be seen as suitable for the judiciary. The Government Legal Service is full of talented people.”

On the treatment of judges by the media, Lord Reed said that at the time of the Gina Miller Brexit ruling by the Supreme Court, when the justices were labelled “enemies of the people” by the Daily Mail, journalists had “trawled through the social media accounts of wives, children and grandchildren”.

Lord Reed said the Supreme Court used social media to put out information, rather than respond to criticism.

“It is probably true that there is more adversarial and perhaps shriller comment in the media than 20 years ago, reflecting the tone of public debate.”