Brexit “will boost work for notaries” 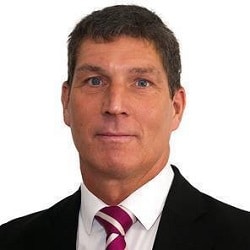 Demand for notarial services is increasing and Brexit could give it a further boost, the new president of the Notaries Society has said.

Stephen Gordon, a solicitor, said the only challenge was how to recruit enough new notaries to meet the demand.

After costs lawyers, notaries make up the smallest profession regulated under the Legal Services Act. Their regulator is the Faculty Office of the Archbishop of Canterbury.

Mr Gordon, who said he was “approving new admissions every day”, told Legal Futures that around 50 notaries would need to join the profession every year to maintain existing numbers at around 775.

“We did have a reduction in numbers four to five years ago, but since then things have remained stable and we have a lot of interest from young lawyers.”

The functions of notaries include the preparation and execution of legal documents for use abroad, attesting the authenticity of deeds and writings, and protesting bills of exchange.

Notaries in England and Wales may also provide any non-contentious legal service, including conveyancing and probate activities.

He said many notaries were already qualified as solicitors, barristers or chartered legal executives, but it was not essential.

He described the two-year part-time course that candidates need to complete to become a notary as “quite comprehensive and difficult”, even for qualified solicitors.

“The work for notaries is constantly increasing. We need to ensure we can get sufficient people into the profession.

“I think Brexit could end up creating more work. It could increase requirements for our services and be a challenge for us to meet.”

Mr Gordon, head of business legal services at his law firm, said that only last week he had helped a company set up new companies in Poland, the Czech Republic, Portugal and Ireland as part of its post-Brexit planning.

The solicitor said the majority of notaries were based in London and the south-east and they were becoming thin on the ground in northern towns like Chesterfield, where he was the only one, Yorkshire and rural areas in Wales.

“We need to ensure we are present in sufficient numbers for the public to get to see a notary fairly easily.”

Mr Gordon said clients often travelled 10-15 miles to see him, but the proportion of his workload taken up by notarial services had increased over the years from about 5% to 25%.

He said around half his work as a notary was for private individuals, mainly involving Europe and particularly Spain, and the other half for corporate clients based in the Middle East and China.

Responding to criticism earlier this year of all branches of the legal profession, including notaries, by the Office for Professional Body Anti-Money Laundering Supervision, Mr Gordon said that until now there had been “no issues” with notaries and money laundering.

He said those notaries who carried out conveyancing and probate as notaries, rather than as solicitors, had to deliver specific money-laundering returns.

Despite a call early last year by the Notaries Society for probate and conveyancing not to be regulated any longer by the Faculty Office, Mr Gordon said the situation had not changed.

He welcomed the failure of the bid by the Institute of Chartered Accountants in England and Wales to regulate all reserved legal activities, included notarial services.

Mr Gordon said that if people could become notaries simply by being accountants, the standards of profession would appear “far less stringent”.

He added: “We have strived hard to raise the profile of notarial work.”

In addition to the Notaries Society, there is also the Society of Scrivener Notaries.

They are trained in advanced aspects of notarial practice and at least two foreign languages. There are just 31 of them, operating almost exclusively as notaries.