Breathing space for PI lawyers? General damages reform will not come in until 2017 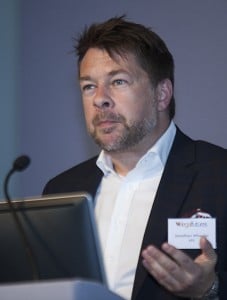 The abolition of general damages for all low-value whiplash claims will not come into force until April 2017, it has emerged – giving the personal injury market more time to adapt than expected.

A Treasury press officer confirmed to Legal Futures today that primary legislation would be required to make the change; however, the small claims limit could be changed by secondary legislation, meaning it could come in sooner.

He indicated that the consultation being held next year would consider timings.

A policy costings document published with yesterday’s Autumn Statement said that the general damages measure “will be effective from April 2017”.

“Abolishing general damages claims will generate savings to insurers and it is expected that these savings will be passed on to consumers in the form of lower prices for motor insurance policies. The measure therefore has an impact on IPT revenues.”

The costings were calculated by “assessing how the reduction in pre-tax prices for motor insurance policies affects IPT revenues. A behavioural response is then applied to account for consumers increasing the quality of the motor insurance they purchase in light of the lower post-tax prices”.

The document said the main uncertainty in the costing “relates to the size of the behavioural response”.

It did not consider the impact of the small claims limit change nor what the reforms may mean to the Department for Work and Pensions’ compensation recovery unit.

Considering the impact on lawyers, Paul Bennett, a professional practice partner at Chester-based law firm Aaron & Partners, said that on top of all the other reforms of recent years, “this will knock a number of claimant firms out of the market”.

He said: “The effects will also be felt in defendant firms, in the Treasury as law firms pay huge amounts of tax and national insurance, and of course in terms of access to justice. Claimants will suffer as firms may not want to take on their cases.

“Whilst there is a consultation period, firms need to be assessing their long-term plan and needs now. Business planning is not short term so I would encourage them to assess what work they currently do will continue. What percentage of their work will they lose? If staff leave now, should they be replaced?

“For partners and directors, the challenge is to adapt their business model, consider merger options if part of the business would remain strong and to make the decisions now that protect their firm prior to implementation.

“The cost of redundancies, for example, may increase by delaying the decision and the cash flow impact needs to be considered in terms of taking decisions in the near future as opposed to delaying them.”

Law Society president Jonathan Smithers said the organisation was “gravely concerned that these proposals will completely undermine the right of ordinary citizens to receive full and proper compensation from those that have injured them through negligence.

“These proposals will stop people obtaining legal advice for all personal injury claims below £5,000 and stop people claiming for often debilitating injuries arising from road traffic accidents if these injuries are considered minor.” This could include facial scarring, he said.

“People recovering from their injuries will have to bring claims as litigants in person (without any legal advice) and this can be very unfair because those defending the claims can often afford to pay for legal advice. This therefore undermines ordinary people’s ability to access justice. Especially if defendants simply deny liability forcing people to fight through the courts without legal help.”

Jonathan Wheeler, president of the Association of Personal Injury Lawyers, observed that the insurance industry did not live up to its promise to pass on to motorists the savings generated by the LASPO and subsequent reforms.

“Government figures show whiplash claims have fallen by more than a third in the past four years. Yet still insurance premiums have increased.

“If the small claims court limit is raised to £5,000, all that will happen is that genuine victims of injury will not be able to afford the legal help they need to bring genuine claims and there will be an epidemic of cold calling from claims management companies as they rush to take advantage of vulnerable people who won’t be able to afford legal representation…

“Removing the right to damages for pain and suffering would show a callous indifference to the suffering of people who were needlessly injured by the negligence of others. “

Huw Evans, director-general of the Association of British Insurers, said: “This is a significant breakthrough in tackling the compensation culture and is good news for motorists. Insurers have long called for meaningful reform in reducing costs in the compensation system, including increasing the small claims track limit.

“Previous government reforms have already led to insurers passing on over £1bn in savings to motorists through lower premiums, and in a highly competitive motor insurance market, insurers will continue to pass on savings to customers.”

Mark Wilson, group CEO of Aviva, said: “We welcome this bold and necessary step by the government on behalf of honest people – it is all about standing up for the consumer against the fraudsters…

“Sadly, law abiding motor customers have paid for the UK’s dysfunctional and fraudulent motor claims system through inflated motor premiums. Fraud is not a victimless crime.

“Let me be clear, Aviva will pass on 100% of the savings from this government initiative to our customers, reducing customers’ average premiums by around £40-£50 when it is implemented. We believe this allows us to focus on getting people back on their feet after an accident by ensuring it is about ‘care not cash’ for less serious injuries.”