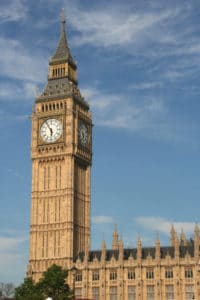 The Prisons and Courts Bill was today dropped ahead of the dissolution of Parliament as MPs prepare for June’s general election.

The bill – which covered reforms to prisons, the courts and low-value personal injury cases – was set for the latest session in its committee stage this morning, but the debate did not happen after the government put forward a motion not to proceed with further consideration of the bill.

Separately, spelling out the business of the House of Commons for next week, leader of the House David Lidington confirmed that the bill had fallen.

Though outstanding government bills can be pushed through Parliament in the last few days before dissolution with the help of the opposition – a process known as ‘wash-up’ – this one still had too many stages to go through as it had not been to the House of Lords yet.

There is nothing to stop a Conservative government – if returned at the election – coming back to the reforms set out in the bill.

Though the move will be welcomed by claimant personal injury lawyers, who bitterly opposed the changes to low-value claims set out in part 5 of the bill, it appears clear that at least some of the provisions will have to return to Parliament.

In a joint submission to the bill committee, the Lord Chief Justice, Lord Thomas, and Senior President of Tribunals Sir Ernest Ryder said certain clauses in the bill were “essential” for the “reform, modernisation and effectiveness of the delivery of justice”.

In a memorandum published yesterday, they wrote: “Without the proposed legislation, some of the reforms will not be possible and the programme as a whole may not be deliverable.

“For example, legislation is necessary for some of the reforms to the criminal justice system that increase flexibility and remove unnecessary hearings, such as extending the use of audio- and video-link technologies and enabling a defendant (if they so elect) to engage with the court online using the Common Platform.

“Legislation is also necessary to effect reform to the civil, family and tribunals jurisdictions. It is essential to have a new Online Procedure Rule Committee if the system which is being designed is to operate to its full potential, and to provide for HMCTS staff to be authorised to carry out certain functions of a court or tribunal under the supervision of the judiciary.”

Qamar Anwar, managing director of leading marketing collective First4Lawyers, said the new gave the personal injury industry “breathing space” but he stressed that “nobody should be celebrating”.

Mr Anwar continued: “There is every chance that a victorious Conservative government would seek to resurrect the reforms in part 5 of the bill.

“So now it not the time to sit back and relax – the claimant sector needs to work together and keep fighting the myths peddled by the insurers about fraud and the so-called compensation culture.

“With huge extra profits and bonuses at stake, you can be sure that the ABI won’t let this drop and so we need to be out there, making the case for injured people ahead of cynical profiteering at every turn.”

Huw Evans, director-general of the Association of British Insurers, said he was pleased the bill had not been pushed through over the next week as it would have removed the main opportunity to get a “fair reform” of the discount rate.

“Aspects of the whiplash provisions were also unsatisfactory, so it is better these didn’t make it onto the statute book unresolved.

“The task now is to win the argument for both issues to be dealt with as a priority in the new Parliament so there are no major delays to much-needed reform.

“Issues like the increased cost of insurance for motorists and businesses, and the £6bn bill for the NHS are not going to go away, so the incentives for the new government to act promptly are there.”