“Brand-driven” law firm becomes ABS to start rolling out concept, starting with its own chambers 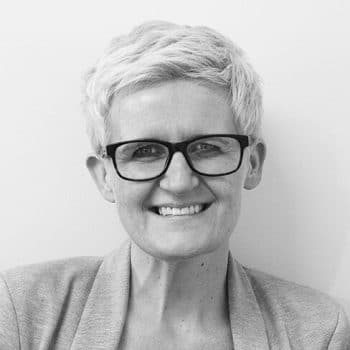 A “brand-driven” solicitors’ practice specialising in employment law has become an alternative business structure (ABS) in order to bring its ‘virtual’ barristers’ chambers under the ABS umbrella.

The barristers’ chambers will be run from central Birmingham premises by Dravin Bheemah, a dual-qualified barrister and solicitor-advocate who is employed by the firm as its head counsel. As a solicitor, Mr Beehmah was previously head of employment at West Midlands regional firm Talbots.

The chambers will have a mix of employed barristers and ‘door tenants’ who will be consultants to TES. All the advocates will be regulated by the Solicitors Regulation Authority (SRA).

TES partner Helen Moore is the driving force behind the brand expansion. In 2013, she also co-founded the handmade sweets business Spun Candy, which featured recently on BBC1’s The Apprentice and which she said was now “an international brand”.

Ms Moore told Legal Futures: “We’re trying to create something very different – a new model. It’s very customer focused and very brand driven, which is one of the reasons we applied for an ABS.

“What we are trying to do is to create a law firm that is based on the brand and being [TES] rather than the traditional model of named people.

“When you come into our firm you recognise immediately that we are trying to make this brand quite cool and trendy – if you ignore the files it feels as if you’ve walked into a design agency.

“We’re creating an experience when clients come to see us that is really sophisticated. It’s more what clients would want rather than perhaps what the lawyers think they want.”

Ms Moore, who registered the TES internet domain about seven years ago, said the brand would eventually add The Conveyancing Solicitor, The Family Solicitor and others “that we can roll out after we’ve proved concept”.

She added that as a demonstration that “the brand is critical to us”, the firm’s non-lawyer brand manager, Alicia Hammersley-Fenton, had been made a partner and given a share of the business.

Ms Moore said the SRA had given “full clearance” for the barristers’ chambers. While the barristers would be employed by TES, “the way that we are setting it up is essentially that it looks and feels like a chambers…We look like two separate organisations but we’re not, we’re one.”

She said TES had at least two solicitor clients lined up to refer work and because TES were solicitors themselves, the chambers would be well-placed to service them: “So we will be taking instructions from other solicitors and not just feeding it with work ourselves… Our unique selling point will be that we are solicitors primarily [so we know what] solicitors want from their barristers.”

The next stage of the business’s expansion, she said, would involve widening the scope of work done by TES. It would include “the employment-focused claims within… judicial review, immigration and of course HR”.

Longer-range plans included an app and an ‘online facility’, said Ms Moore. She would not be drawn on the details, but said the two would be “almost like a self-help tool but designed for individuals… [that] will allow people that are experiencing employment problems to self-help to a certain degree”.

She concluded: “We’re not even a year old at the moment and we know exactly what we are trying to achieve, where we want to go, which is why we needed to be an ABS to accommodate these progressive ideas.

“We wanted to establish ourselves, set up TES, set up TEB, and then once we’ve got those established with a couple of different offices we’ll then start widening the services that we provide that all fit within the scope of employment.”