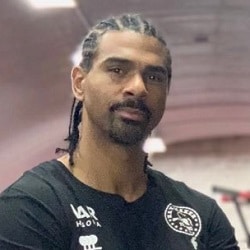 A solicitor, his law firm and the barrister they instructed have been granted summary judgment on a negligence claim brought against them by a banker fired for his work with boxer David Haye.

The High Court ruled that Kamran Naqvi had no real prospect of success in his claim that the lawyers failed to adequately formulate and advance his claim for race discrimination against Lloyds Bank.

Even if he did, his other claim that they failed to properly quantify the discrimination claim by reference to his loss of career also had no prospect of success.

The applications for the case to be struck out – which was refused – or for summary judgment were brought by all but Harris Cartier, which was broken up in 2013 after failing to secure indemnity insurance.

Mr Naqvi was employed as a private banker in Lloyds’ wealth business unit, but was summarily dismissed because of allegations that he accepted gifts and hospitality and undertook external work for former world heavyweight boxing champion and Lloyds’ client David Haye and his company during working hours.

His internal appeal was rejected but an employment tribunal upheld Mr Naqvi’s unfair dismissal claim against Lloyds. However, it dismissed his claims of race discrimination and victimisation.

According to a report in the Daily Telegraph from 2014, the tribunal held that the investigation into Mr Naqvi, who was only recruited because of his close ties to Mr Haye and other celebrities, had been “inadequate”.

It found that he was “central to Mr Haye’s entourage” and had not been given a proper chance to explain himself amid all the rumours. Mr Haye gave evidence, branding the bank’s accusations “scandalous”. The case settled out of court.

But Heather Williams QC, sitting as a deputy High Court judge, found that his early instructions did not include allegations of race discrimination by the HR manager because he was non-white.

Further, there was no basis for saying that the lawyers should have probed Mr Naqvi further to see if there were any additional or alternative possible discrimination claims.

“The claimant had supplied a very detailed, articulate explanation of the adverse treatment he had experienced in a document which he himself described as being ‘of paramount importance’.

“In my judgment there is no realistic prospect of the claimant showing a lack of reasonable skill and care on the part of [Mr Levy or Mr Bacon] in them basing the grievance and the grounds in the ET1 on the very claims he had set out, rather than exploring with him possible alternative cases of discrimination that he had not raised.

“In this regard, it is also of significance that the allegations described in the draft grievance of less favourable treatment based on the comparison with [an Indian colleague], appeared to identify a reasonably promising claim.

“Accordingly, there was no apparent reason for his then lawyers to seek to identify a different case with him, as opposed to preparing one based on the material the claimant had provided.”

Further information provided during the course of the claim did not change this position, the judge said.

Mr Naqvi’s counsel, Philip Jones, argued that it was for his lawyers, not the claimant, to formulate the race discrimination claims; that this was a difficult area of law and it was for the employment law specialists to “join the dots”.

The judge held: “The striking feature in this case is that the claimant did not provide those dots, either in terms of the factual account he gave to his lawyers or in terms of the concerns he raised about his treatment.

“The claimant would understandably look to his lawyers to formulate his complaints as legal causes of action, obtaining further instructions where necessary to enable this; but it was not their role to think up complaints he was not making or seek out discrimination claims that had not been raised. Still less, could it be negligent to fail to do so.”

Mr Jones also submitted that the court should be slow to accede to the applications because this was a document heavy case where more might emerge following disclosure and before trial. But Judge Williams said: “A claim that does not have a realistic prospect of success should not be permitted to go to trial on the speculative possibility that more may emerge.”

Further, she accepted the defendants’ submissions that a discrimination case based on the proposition that the HR manager had caused the claimant to be disciplined and dismissed because he was non-white, would not have presented as a viable alternative at the time, even if Mr Naqvi had made his lawyers aware he believed this to have been the case.

Harris Cartier, which was placed into voluntary liquidation in May 2014, has filed a defence also contending the claim has no reasonable prospect of success but has not applied to strike out the claim or for summary judgment and played no part in the hearing.