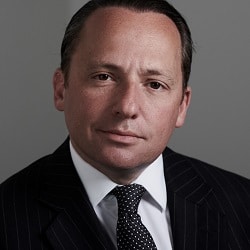 A boutique law firm catering only for “sophisticated” capital funders is offering what is believed to be the first combined legal, commercial and political advisory service.

Jonathan Bloom, chairman and chief executive of Avonhurst, said that for his clients, political risks were now “as relevant” as legal and business risks.

Mr Bloom, a former partner at US firm Jones Day, said he launched the firm this summer to meet the demands of clients wanting to escape from the constraints of ‘Big Law’.

Instead of being a law firm that provided some political work, Mr Bloom said he wanted his firm to analyse legal and political risks simultaneously, to help clients “horizon scan” and understand the jurisdictions they invested in.

Last week, Avonhurst announced the recruitment of Tina Fordham, the former chief political analyst at Citigroup, to be its head of global political strategy.

The firm is structured so that Avonhurst Advisory Services, which handles the political work, is a separate LLP sitting alongside Avonhurst Legal Services, an alternative business structure.

Mr Bloom said: “We purposefully went with the ABS license so we could bring in third-party funding to support our business.” The name of the funder has not been released.

Alongside them, and beneath the holding company, is Avonhurst Capital Services, which helps introduce funders to businesses and vice versa.

He said that although he “grew up in Big Law”, one of the challenges he faced was that it was “beholden to the billable hour”, which made it difficult to be as “creative” on fees as clients wanted.

The services it provides are centred on banking and finance, restructuring, corporate real estate, regulatory and tax. Other services such as litigation, intellectual property and employment are outsourced to other law firms.

Where additional work is needed in core areas, Mr Bloom said firms outside London could be called on, such as a firm in Edinburgh which recently carried out a due diligence exercise which could then be analysed by Avonhurst’s partners.

Operational services such as billing, HR and compliance are provided by the consultancy Kindleworth, which specialises in working with new law firms.

Mr Bloom said he aimed to build up team of around 15-17 partners from the current nine by early next year.

He said his strategy was to keep the ratio of partners to associates to no more than 2:1. The aim was to incorporate “effective and thoughtful” technology, including artificial intelligence (AI), before recruiting many more associates. The firm has only three at the moment.

Mr Bloom said that “at a very junior level” AI and outsourcing could handle the workload, so the plan was to hire mid-level and senior associates.

AI would be used mainly for review of corporate documents where it would not “replace human capability” but help people become more effective.

Mr Bloom said he did not believe that Big Law was finished; it would continue to service a “particular client base”, for example those engaged in global litigation.

However, he predicted that an increasing number of boutique firms would emerge, as had already happened in litigation, arbitration, sports law and private equity.

“Law is still very relationship-driven. This firm is based on a number of long-term clients committed to the creation of the new model that we are trying to build for them. We can look after their interests in a more thoughtful way.”

The firm’s website says Avonhurst is a portmanteau name, taking inspiration from the root terms for river and sandbank.

“These subjects together create a marriage of opposing elemental forces. One dynamic, one static. A beginning and an end. The fleeting and the permanent. At the heart of this idea is flow. The concept of flow is embedded in the world of finance.”