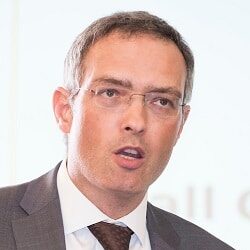 Litigators should now put defendants on notice at the start of any matter that they will enforce an equitable lien if necessary, the senior partner of Bott & Co has advised.

David Bott also described Wednesday’s Supreme Court ruling was a “fantastic day” for access to justice and meant solicitors could innovate and process claims using technology as his firm had done.

“The court accepted the fact that the law isn’t people with quills anymore,” he said.

The Supreme Court ruled by majority that Bott & Co did have a lien over compensation that Ryanair paid directly to its flight delay clients, even if the claims were uncontested.

The defendant needs to be on notice if a solicitor wants to enforce an equitable lien and Bott & Co now does so from the start, Mr Bott said.

All claimant solicitors should do the same, he said. “It’s like insurance – most of the time you won’t need it, but it’s there if you do.”

The next step in the case will be for Bott & Co to seek an order requiring the airline to list every client it had paid – while some told the law firm, not all did. And of those that did, 30% did not then hand over the £95 fee from the compensation that they owed the firm.

Coby Benson, the solicitor who leads the flight delay compensation team at Bott & Co, said there had been a widespread misunderstanding that such claims were simple and uncontested – in fact, the firm has had to issue proceedings in 45% of the 226,000 successful claims it has brought since 2013.

The business model worked on the swings and roundabouts of volume. “The advantage of our service is that client commits to paying the same £95 fee and that’s regardless of how far the case goes,” he said.

He explained that this misunderstanding came from the inclusion in the defendant’s trial bundle of a screenshot of the Bott & Co website that claimed a 99% success rate.

This actually related to personal injury work that went to trial but was not commented on by the High Court. However, it was picked up by the Court of Appeal, by which time Bott & Co could not adduce any new evidence on the point, and “nearly led to the demise of our case”, Mr Benson said.

However, Lord Briggs in the Supreme Court commended the firm’s service for dealing with “impediments to access to justice”.

Mr Bott said the policy underlying the decision recognised the growth in types of litigation where compensation was awarded on a fixed or tariff basis and through systems that discouraged litigation, like the new whiplash portal – and against the background of a push for more alternative dispute resolution to reduce pressure on the courts.

“If the lien only existed in certain circumstances, the expansion of these regimes would be thwarted,” he said. “It is a very pragmatic, modern judgment.”

“You don’t need proceedings, you don’t need a dispute but you need a significant contribution” – a bar the Supreme Court said was low.

Mr Bott added: “It is reassuring that the courts acknowledge that access to justice is well served by our activities and that airlines – or any potential defendant – should not interfere in matters where the claimant has chosen legal representation.

“As far as access to justice is concerned, it’s a fantastic day.”

It went on: “These Supreme Court findings compliment the Court of Appeal’s 2019 final ruling regarding Ryanair’s online claims procedure which upheld Ryanair’s policy of requiring consumers to use that straightforward procedure before engaging third parties…

“Ryanair urges customers with valid EU261 compensation claims to submit their claims directly to Ryanair and avoid ‘claims chaser’ firms such as Bott & Co, Fairplane, Hayward Baker, Sky Legal and Flightright, who can deduct over 40% of a £220 claim in fees.”

It said a claims team “processes all valid claims within an industry-leading period of 10 working days”.