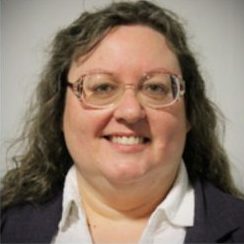 An East Midlands law firm has condemned the “deeply offensive” remarks of a paralegal who has left the business after making national headlines by saying on Facebook that Boris Johnson deserved to catch coronavirus.

Sheila Oakes was a Crown Court litigator in the Ilkeston office of criminal defence firm VHS Fletchers, as well as a Labour councillor for the Amber Valley and the mayor of Heanor in Derbyshire, which is why her comments made national news.

Following a disciplinary process triggered by her post on Monday, she is no longer with the firm, VHS announced yesterday.

Her Facebook biography identified where she worked and VHS was targeted on social media as a result.

Ms Oakes wrote on Facebook: “Sorry, he completely deserves this and he is one of the worst PMs we’ve ever had.”

When she was criticised by another user, she replied: “Johnson has done absolutely nothing for the UK – have you heard how the nurses and doctors have no PPE, that there were not enough ventilators, that the NHS is massively underfunded and yet it is having to deal with this virus.”

After her comments blew up in the media because of her political affiliation, Ms Oakes issued an apology, explaining that she was concerned about NHS staff and sent the message “in anger”.

Expressing sympathy for the prime minister’s family and hope that he makes a full recovery, she added: “I apologise unreservedly for it. We all make mistakes, including Boris Johnson, and it will not happen again.”

According to cached version of her profile on the VHS website, Ms Oakes has worked in the criminal justice system for 23 years.

She was called to the Bar and then worked as a legal adviser in the Ilkeston and Derby Magistrates’ Court for 18 years, specialising in the Youth Court. In 2011, she began working for Wykes O’Donnell Williams in Ilkeston until joining VHS Fletchers in 2016.

The firm responded to complaints rapidly on social media, stressing that it did not share her views and saying it was dealing with the matter under its disciplinary procedure

Yesterday, VHS released a lengthy statement, saying: “These posts were made in a personal capacity, but it was clear from her Facebook biog that she was an employee of this firm, and as a result we became embroiled in understandable and legitimate criticism of what she had said.

“We can confirm that as of now Ms Oakes is no longer employed by this firm in any capacity. We have no knowledge of what her intentions are in relation to her political career.

“We have previously stressed that her views are not shared by the partners or any other members of staff.

“To wish illness upon anyone must be abhorrent to all right-thinking members of the public. We are acutely aware of the distress that such posts can cause, both to the family and friends of the Prime Minister, but also to all of those affected by this terrible virus.”

The statement said the partners hoped they could “move on” from the incident following their “swift and decisive action”, adding they were “heartened by a number of those who were able to distinguish her actions from those of this firm”.

It continued: “As key workers, those staff members are unable to isolate themselves and will continue to attend where necessary at police stations and at courts despite the clear risk to their own health.

“For example, our solicitors are arguing with the police on a daily basis that there is no need to arrest or interview suspects to reduce our client’s risk of coming into contact with the virus. The partners would hope that their efforts continue to be applauded.”

“We are realistic and know that lawyers, particularly those who are engaged in criminal defence work, are perhaps not valued for the service that they provide to clients.

“We also know, however, that once a person has seen the effort that a defence solicitor puts in on their behalf to best present their case and secure a favourable outcome, they immediately see their value. This also, of course, includes our lawyers.

The Amber Valley Labour Group also condemned Ms Oakes’ remarks and withdrew the whip from her, meaning she cannot sit as a Labour councillor.

Chris Emmas-Williams, leader of the council and the Labour Group, said: “There is no place in politics for personal and hurtful comments no matter how angry you are.

“I asked Cllr Oakes to remove the comments and apologise immediately after it was brought to my attention.

“In no circumstances can I or the Labour Group condone this sort of behaviour, it is not in being with the standards expected in public life or office.”

He said a “full investigation” would now take place.