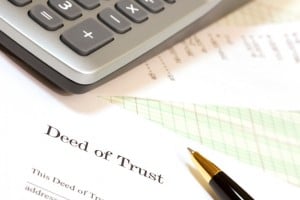 Eight people who pretended to be lawyers have been sentenced after scamming elderly people out of more than £500,000 in return for bogus asset protection trusts, with carrying out a reserved legal activity when not authorised one of the charges half of them faced.

Unqualified salesman posing as ‘legal consultants’ visited their elderly victims in their homes and told them they could protect their property and savings from future care home fees by putting them into a trust document.

Many were tricked into believing that they were dealing with an established and regulated law firm. They told scare stories and pressurised them into making up front payments of around £2,000 for what they called a ‘family prosperity trust’ or ‘estate preservation trust’. The gang took over £250,000 in each of the two years that they were operating.

Three people ran the businesses: Joseph Croft, 53, from Sleaford, Matthew Appleyard, 42 from Halifax and his father Alan Appleyard, 71, also from Halifax. They initially employed Joy Bell, 55 from Goole, as their ‘head of legal’; she posed as a legal expert but in reality had no legal qualifications.

All four admitted fraudulent trading as well as a charge of carrying on a reserved legal activity when not entitled – preparing a trust document – contrary to section 14 of the Legal Services Act 2007.

A further four people – Adam Nichols, 46, from Newark; Adrian Large, 51, from Lincoln; Paul Fox, 58, Widnes; and Paul Gorman, 56, from Lancashire – were the ‘legal consultants’ and all admitted offences under the Fraud Act for their roles in peddling the trusts.

Croft received a four-and-half-year prison sentence, and both Applecrofts received four-year sentences. All three were also disqualified from holding a company director position for ten years.

Bell received an 18-month suspended prison sentence, a 200-hour community service order and a curfew order requiring her to stay at home from 9pm to 6am for six months.

Councillor Glynn Gilfoyle, committee chairman for community safety at Nottinghamshire County Council, said: “People were duped into believing these trusts were guaranteed to work but in fact they were ineffective and worthless.

“Many of the complainants are elderly and were subjected to pressure selling tactics. They were told that if they did not agree to purchase the trust on that day, they would be charged for future visits and others were told stories of people who had delayed and then had to pay care home fees as a result.”

Deprivation of assets rules mean the trusts would offer no protection from care home fees as the assets put into them would still be included in the financial assessment that local authorities carry out when deciding whether to fund a care home place.

Cheques were often cashed within hours of sales taking place, meaning the victims had no chance to think things over or consult with their families. Complaints and cancellations were routinely ignored. Over the two years that the scam was running, only a handful of people ever received the products that they had paid for.