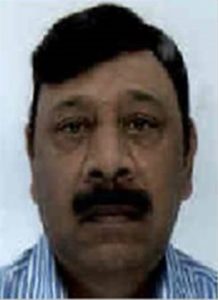 Rasheed: on the run

A man who set up two fraudulent claims management companies (CMCs) and another who helped him stage car crashes have been sentenced to more than 10 years in prison between them.

The City of London Police has thanked the solicitors targeted by the fraudulent referrals for their co-operation.

Sajid Rasheed, 49, of West Drayton was sentenced to seven-and-a-half years’ imprisonment on three counts of conspiracy to defraud, one count of possession of a false passport and two counts of money laundering. He was also made subject to a five-year company directorship banning order.

Lutfullah Lutfullah, 32, of Slough, and was sentenced to three years’ imprisonment and a four-and-a-half-year driving disqualification on two counts of conspiracy to defraud.

Rasheed, with the help of Lutfullah, would plan road traffic collisions, which the latter staged. Rasheed would then refer to the law firms for a fee; he also duped a doctor to validate the personal injury claims.

In two crashes highlighted by the police, the claims were referred to west London law firm SBM Solicitors.

The IFED said that, when the victims’ insurance companies raised questions, SBM tried to contact the claimants, but they received no replies and closed the files.

DC Haywood, who led the case for the IFED, said: “This sentencing follows an in-depth investigation which has seen officers examine extensive amounts of evidence which uncovered numerous offences.

“We have worked closely with other government agencies, insurers and the solicitors and drivers who were targeted by Rasheed’s fraudulent referrals. We would like to thank them for their co-operation in this case and helping us to bring the case to court.”

Rasheed was sentenced in his absence as he absconded whilst on trial. He is now being sought by police.