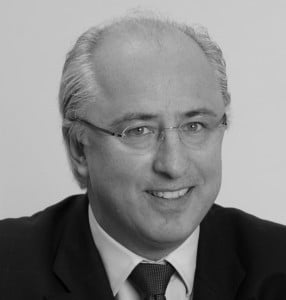 The chief executive of a blue-chip global wealth adviser that administers £200bn of assets has predicted alternative business structures (ABS) are a reform of law firm ownership that other countries will have to adopt.

Steven Georgala, the South African-qualified lawyer who heads Malta-headquartered Maitland Group – which employs some 700 people in 12 countries – made the prediction after the group’s UK legal arm received its ABS licence.

Its London-based legal arm, Maitland Advisory LLP, was granted an ABS licence by the Solicitors Regulation Authority (SRA). Mr Georgala is the head of finance and administration.

Maitland, which has legal services divisions in several countries, would now “where possible, run branches of the UK LLP in other jurisdictions” in order to overcome the “problem” of the ownership of law firms, he said.

Mr Georgala explained that Maitland had evolved out of a law firm. “We ran as a law firm with associated ancillary businesses. We built a trusts business within our legal services business, and it creates all sorts of complications when you’ve got a business which is an asset… when you are running a partnership, essentially.”

He said “the UK solution is ground-breaking in this area” and added: “I think that what is happening in the UK is going to make it difficult for other countries to resist, now that the ownership of law firms is no longer sacrosanct.”

The SRA attached extensive waiver conditions to the licence around the separate business rule, including ensuring clients of Maitland’s trust business, Maitland Associates Limited, understood how both it and the law firm were regulated. Informed consent had to be given before any client information could be passed between the two.

Mr Georgala has been the group’s chief executive since 2006 and a Maitland partner since 1987. He has been based in London since 2009.

The ABS’s head of legal practice, solicitor Iris Harvey, was made a Maitland partner in 2006. She specialises in cross-border estate and succession planning issues and the establishment of offshore trust structures.