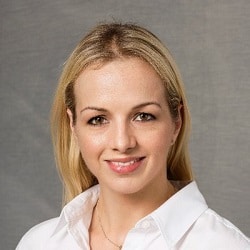 The buzz around distributed ledger technology (DLT), including blockchain, is much more than hype and the tech will eventually transform conveyancing and probate, an academic specialising in innovation has indicated.

The delay in uptake of the “nascent” technology – research has shown just 2% of providers use blockchain – was caused by regulatory uncertainty, but this should be ironed out in due course.

Yet work for lawyers would remain in more complex transactions where performance could not easily be automated, she suggested.

Dr Anna Donovan made the observations in the latest Legal Services Board (LSB) ‘talking tech’ discussions on regulation and technology, published this week.

“Beyond economic growth, [it] has the potential to enhance market competition, improve access to justice and strengthen trust in the legal system.”

It was misleading to suggest that DLT was “absolutely immutable”, but nevertheless the technology had huge potential for “automation, transparency and efficiency”, she said, observing that it was “fast, reliable… very difficult to tamper with” and should lead to cheaper legal services.

She anticipated that smart contracts would increasingly be used where performance was easily measurable; where “if X then Y” situations applied.

She gave the example of flight insurance offered by AXA, where the payout depended on a delay for a set period of time before it became automatic.

However, depending on how they were structured, they were not legally binding contracts. Certain conditions of contract performance could not easily be automated, the academic said.

‘Hybrid’ contracts involving both automation and traditional clauses were being developed.

Dr Donovan added: “At the moment we are seeing the impact for legal service providers is mainly the need to advise clients operating in this space, not a huge uptake in the deployment of DLT.

“We are seeing a lot of activity in terms of firms supporting their clients through this process.”

She predicted that in future, conveyancing and probate would be among the early legal services to adopt DLT, “particularly when recording assets”.

Dr Donovan said a key barrier to the uptake of DLT was uncertainty: “Questions abound, particularly about smart contracts. When is a smart contract a contract? How to interpret the contract? What about implied terms? Is a crypto-asset a security?”

She concluded: “Until we get those fundamental questions settled there is going to be a nervousness about the types of environments which are willing to deploy the technology.”

She highlighted the importance of the work of the UK Jurisdiction Taskforce, chaired by the Chancellor of the High Court Sir Geoffrey Vos, which she said would hopefully release an “authoritative note” by the end of the year.

Dr Donovan said legal regulators were having to tread a fine line between “supporting innovation while ensuring consumer protection”. Meanwhile they were right to monitor the market, waiting for a “tipping point” without intervening, rather than risk acting too soon.

“If we regulate too early, too prescriptively, we may have very quickly outdated requirements,” she said.

The Financial Conduct Authority had been forced to act quickly to protect consumers from the use of certain DLT financial products and had done so “thoughtfully”.

Blockchain has already been used in conveyancing and HM Land Registry has conducted a successful blockchain trial to prove the technology.