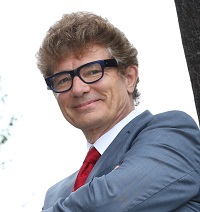 A future where law firms are ‘distributed entities’ based on blockchain and smart contracts, and lawyers will add value by being “stronger” trusted advisers assisted by artificial intelligence, has been mapped out by futurologists.

The centralised command structure of law firms – in common with other businesses – would be made redundant under this vision, and lawyers would be rewarded on a super-efficient ‘peer-to-peer’ basis, instead of being promoted to equity partnerships.

The paper was co-authored by leading UK legal academic Professor John Flood, currently working at Griffith University in Australia, and his colleague at the Law Futures Centre there, Lachlan Robb.

They observed the “enormous impact” machine learning was having on legal services: “For professionals – including lawyers, doctors, engineers, managers – the cosy world of delivering expertise appears somewhat more fragile and tenuous than it used to.”

They went on to argue that the law had been slower than other professions to adopt new technologies because “it lacks a scientific base from which to analyse its needs with respect to technology”.

Nevertheless, blockchain, whose use had been “exponentially expanding” since 2016, could greatly accelerate the disruption to professional services delivery of machine learning, the authors said.

They went on: “It is even possible to envisage entire organisations and companies being run as distributed organisations on the blockchain making redundant centralised command structures which typify traditional forms of organisation.

“We could consider a law firm as a distributed entity that rewards work on a peer-to-peer basis without the need for an equity partnership which could increase efficiency and reduce rent seeking by partners.”

“Developments such as smart cities and societies where every part of the structure is connected and coordinated will increasingly become commonplace.”

Lawyers’ main activity could still be as a ‘trusted adviser’, but with enhanced value, they argued.

“This time, the lawyer will not only be imbued with the expertise gained from experience and knowledge – but also augmented with the power of machine learning.

“Our traditional conception of the lawyer does not disappear but reappears in a stronger form.”