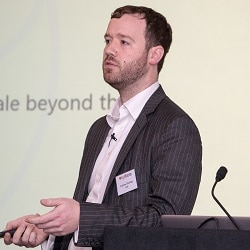 A robot claims handler which can take “subjective decisions” about the reliability of witnesses will not replace its human colleagues, the law firm behind it has said.

Unlike systems based on artificial intelligence (AI), it could take into account “objective and subjective variables” crucial to the outcome of a case, including the “relative reliability of a witness”.

Mr Dunkley said Foresight was different to AI-based systems used for document extraction in the way it made use of existing data and data received by questioning its claims handler or lawyer users.

“That’s where the magic is. Just looking at the documents on their own does not get you there. You must include the perspectives of the people dealing with the case.

“The parties and witnesses are really important, and the claims handlers and lawyers have real expertise in this area.”

Foresight was developed jointly by BLM and the London School of Economics (LSE) to predict fault in motor claims and encourage earlier settlements, the result of a partnership between the law firm and LSE launched last year.

Mr Dunkley stressed that Foresight was designed to “support and enable” claims handlers and not to replace them. He said it was a “very, very clever model” but humans would always retain discretion.

He warned that there were “real risks in relying too much on this sort of technology”, and it was essential for organisations to retain the skills they needed.

“Getting rid of all your lawyers and claims handlers could leave you very exposed. It’s very important that human points of contact are maintained and improved.”

Mr Dunkley said he was “not sure” that technology like Foresight would lead to any reduction in the number of claims handlers.

“It will improve the ability of lawyers and claims handlers to make more consistent decisions earlier in the lifetime of claims, and it may help us identify claims we want to challenge.”

Mr Dunkley said the LSE helped develop the “underlying methodology” that drives Foresight’s decision-making and had brought a “real rigour” to how it was built.

Foresight could be used outside the world of personal injury and the firm is working on extending its use to property recoveries.

It is one of seven online case management, analytics and communication tools launched this week under the label BLM Innovations.

Pathfinder predicts trial outcomes, using decision trees and statistical analysis to predict a range of scenarios, from best to worst, and weigh up possible settlement figures against overall cost.

Realtime is an online portal offering live access to case data, financial information and legal documents, while Collaborate creates a secure ‘virtual legal environment’ on a bespoke basis for each client, and Forum is a digital conferencing tool.