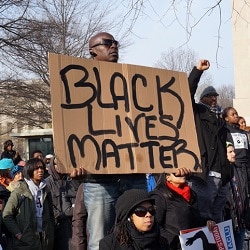 A group of lawyers has begun crowdfunding to support a new initiative aiming to combat racial injustice by facilitating access to justice, funding and legal representation.

With the Black Lives Matter protests bringing the issue to the fore, One Case At A Time (OCAAT) will have a specific focus on Black people (those forming part of the Black African diaspora) “who may have been victims of injustice in the courts or any other emanations of the state”.

The independent, apolitical, non-profit organisation has been launched by The Law Collective, Black Men in Law Network, Urban Lawyers and individuals including barristers Michael Etienne and Alexandra Wilson.

In a joint statement, they said: “Without placing limits on its ambition, we envisage [pursuing the goals] through advancing appeals, assisting individuals navigate complaint processes and participating in other public interest litigation in the civil and criminal courts.”

The initiative will also advocate for legal reform in Parliament and in the media, and commission research.

It said it would “seek to ensure that the state meets its obligations to fund the costs that are otherwise a barrier to access to justice”, but where “the state falls short”, OCAAT will connect those who need help with lawyers “who stand ready to undertake work at risk, or, if funding cannot be secured, on a pro-bono basis”.

The statement added: “We welcome the input of those with something to offer that can help them do more and work better. We particularly value expert advice from chambers, law firms and or legal representation who may be able to help them to advance cases through the courts.

Ms Wilson – a criminal and family barrister at 5 St Andrew’s Hill – is having a book, In Black and White, published in September, which “follows her through a criminal justice system still divided by race and class”.

Mr Etienne, a public law and human rights barrister at No5 Chambers, this week published a Twitter thread on being a Black lawyer, in which he said that “a ‘commitment to all forms of diversity’ is too often preferred to a focus on Black men in the profession… That refrain is rarely said against support for other ‘diversity initiatives’. It must change. Now.”

Meanwhile, a new charity, Bridging the Bar, is set to launch shortly to support those from non-traditional backgrounds entering the profession.

Set up by pupil barrister Mass Ndow-Njie, he tweeted that it would initially launch a mini-pupillage programme, “so that stories like mine are no longer rare”.

His parents came to the UK in 1994 as asylum seekers from Gambia. He attended a state school and graduated from Queen Mary University of London with a 2:1 in law in 2016.

He is on the Government Legal Department’s two-year training programme, currently spending his second six months of pupillage at Blackstone Chambers in London.

Mr Ndow-Njie wrote: “This specific programme will be unique at the Bar, but we hope to collaborate with other organisations already maximising this space on other initiatives…

“The gatekeepers have to be willing to challenge themselves. For all chambers, organisations and individuals who champion diversity at the Bar (hopefully all of us), please do reach out as we would like to collaborate with you.”