Black lawyers call on profession to be “example of anti-racism” 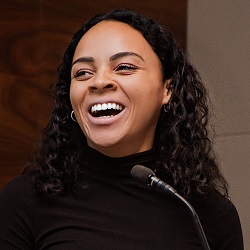 The group Black Women in Law has called on fellow lawyers to be an “example of anti-racism in action” by challenging racism whenever they see it and wherever they hear it.

It issued a statement, beginning simply “We are tired”, in the wake of the furore around comments made on Twitter by a family law barrister about the new Royal baby which have been labelled racist but she claimed were a joke.

The group was set up last summer by high-profile barrister Alexandra Wilson and now has more than 500 members.

It said: “Racism is alive in the UK and within the legal profession. We know because we all experience and witness it.

“For us, the perpetuation of racism is not a joke; it is dehumanising, it is distressing, it is exhausting and has a detrimental impact on our wellbeing.”

The statement called on all lawyers “to challenge racism when they see it and when they hear it; not only when publicly shared on social media, but also and perhaps more importantly, in more covert spaces: in our courts, in our justice system and in social circles. This would be an example of anti-racism in action”.

The group went on express its “sincere” hope that “those who bring our profession into disrepute will be held accountable for their actions through the appropriate channels”.

It also said it hoped those people would have cause “to reflect, to learn and to change, because it is only through education and a willingness to learn that be better, that we have any chance of a fairer and more just society and a legal profession that we can all be proud of”.

White barristers tweeted their solidarity and commitment to challenging racism.

Brie Stevens-Hoare QC of Hardwicke wrote: “An important & justifiably weary message. As a white barrister I commit to challenge racism where I see or hear – particularly in the places I have influence & power and @BlackWomenLaw and other black & brown barristers do not.”