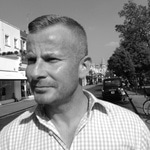 A partner at a small West London firm has taken ‘niche’ to a new level by specialising in litigation resulting from the first few turbulent years of digital currency bitcoin.

Richard Howlett, partner at alternative business structure Selachii, told Legal Futures he is acting for groups of clients who had lost money following the collapse of the leading bitcoin exchange Mt.Gox, based in Japan, and two UK exchanges, Moolah and MintPal.

He said the absence of any regulation put people at risk. “We are known as the solicitors people come to for advice. This is such a new concept. It’s difficult to explain to a High Court judge what a bitcoin is.”

Mr Howlett said some of the litigation work was high value, involving sums of over £1m. Along with 39 Mt.Gox clients, he said he had advised almost 50 others on non-contentious bitcoin matters since Selachii was set up in 2013.

“Lots of clients want to set up in the UK and abroad, and they come to us. A group of people flew over from Poland last week for a two-hour meeting, who want to set up a new exchange here.

“Our turnover increases every month and it gets busier all the time. We are currently on course to increase turnover by 100% from our first year of trading.”

Mr Howlett, the HOLP and HOFA of Selachii, said the Notting Hill firm was the first to accept direct payments by bitcoin, using a ‘virtual wallet’.

“Other firms refer bitcoin payments to a third party, which converts it into normal currency,” he said. “We don’t do that. We hold the bitcoins as investments, in the hope their value will gradually increase. Values can go up and down during the day.”

Mr Howlett added that Selachii meant ‘sharks’ in Latin, which he said could be interpreted “in different ways”.

Eitan Jankelewitz, associate at another bitcoin pioneer, Sheridans in Soho, said 95% of his work with bitcoins was non-contentious.

“We’ve got loads of work. Business is growing and it shows no sign of stopping. Our clients are generally companies. They could be bitcoin exchanges or ‘mining’ companies – the companies that process transactions. They could be custodians, who operate secure storage systems, or people who publish consumer ‘wallets’. They could also be digital agencies who develop creative media for bitcoin.”

Mr Jankelewitz said that although bitcoin-related work probably accounted for no more than 25% of his work by fee income, the firm offered discounts to businesses “because in five years’ time we believe these businesses will be successful”.

He said the big tech firms in the USA were investing in bitcoin, and PayPal and Dell had already done deals involving the currency, while IBM was taking a growing interest.

The associate added that Sheridans accepted payment by bitcoin, but used a payment processor to take away the “volatility of the currency”.