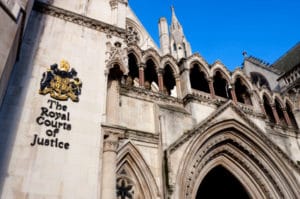 A leading City law firm has failed to persuade the Court of Appeal to overturn a ruling that it was negligent in failing to highlight a major development planned to take place near a £26m residential property whose purchase it was handling.

Dismissing the appeal [1], Lady Justice Gloster, sitting with Lady Justice King, ruled that His Honour Judge Pelling QC had been correct in finding in the claimant’s favour in relation to negligence, causation and mitigation.

In 2015, the High Court held that Bird & Bird should have passed on the contents of a planning report it obtained on behalf of its client, Orientfield Holdings Ltd, which would have revealed the existence of plans for a new-build school within 300m of the house.

The law firm unsuccessfully argued it was entitled to disregard developments further than 100m away and was under no duty to advise its clients of the plans to build the new six-storey academy. It claimed its report on title had been accurate and non-negligent.

The buyer, Orientfield’s sole director and shareholder Rebecca Chow, issued proceedings against the firm after rescinding the sale before completion and receiving only half of her £2.6m deposit. Her company was awarded £1.8m in damages plus interest and costs.

Appealing the decision, Bird & Bird argued the trial judge had made a “serious error… on causation” and that even if it had provided a summary of the planning report, the school would have appeared as just one of a large number of planning applications within 300m of the property.

It said Ms Chow would not have pulled out of the purchase and would have suffered the losses in any event.

However, Gloster LJ found that had Orientfield known about the development before exchange, “the conclusion that [it] would have withdrawn from the purchase at that time is unassailable”.

While there was “some force in the appellant’s submissions”, it was clear that “the judge did indeed reach positive findings to the effect that: a proper summary would have highlighted the development and explained its potential significance… [and that] the respondent would have then instructed the appellant to look into the development.”

She concluded: “The judge heard all the evidence and reached the wholly unsurprising conclusion that a non-negligent summary would have resulted in the detail of the development emerging.”

Bird & Bird declined to comment when contacted by Legal Futures.

David Golten, head of commercial litigation at Wedlake Bell, the solicitors acting for Orientfield, said: “We are delighted that the Court of Appeal has upheld the decision of the High Court and that after a six-year fight Orientfield can now get all its money back, including the cost it has incurred in pursuing its former solicitors.”