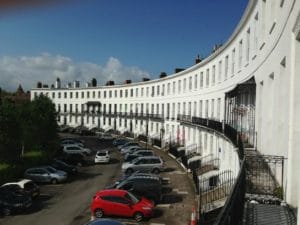 The chief executive of a pioneering set of direct access chambers has said victory in a group action at the Court of Appeal proves barristers can “cut out the intermediaries”.

Carla Morris-Papps said Cotswold Barristers may never have secured the ruling in favour of 230 buy-to-let clients, the biggest case to be brought by direct access, if the litigation had been “layered with fees” by solicitors.

“The proof of the pudding is in the eating,” Ms Morris-Papps said. “We have proved not only that direct access can work, but it can work on a large scale.

“This shows we can cut out the intermediaries and make a massive costs savings. If the case had gone through solicitors, it would have been layered with fees.

“It would be speculation to say how much clients have saved, but the case may never have come to fruition. It was a real battle.”

Ms Morris-Papps said that when Cotswold Barristers opened in June 2014, the first chambers to open in Cheltenham, many buy-to-let clients came to the chambers through property investor Mark Alexander and the website he helped set up, Property118.com.

She said clients often had limited means and the litigation was funded partly by a crowdfunding campaign launched by the website.

Reversing a judgment by the Commercial Court last year, the Court of Appeal ruled this week in Alexander (representative of the ‘Property118 Action Group’) v West Bromwich Mortgage Company Ltd [2016] EWCA Civ 496 that the West Bromwich could not increase the rate payable on their buy-to-let tracker mortgages by 1.99%, when there was no change in the base rate.

Ms Morris-Papps said similar cases were “in the pipeline” involving other lenders, which she declined to name, and there would be more group actions to come.

“We’ve set a precedent,” she said. “Now we have the infrastructure in place to handle cases like this. The technology has moved on and we don’t need lots of bodies.”

However, Ms Morris-Papps said the chambers, made up of six barristers and a QC, would stay small and “go for quality rather than quantity”, with more QC appointments a possibility. “We had been out on a limb, but now we’re recognised as a proper chambers on the circuit.”

Chantal-Aimée Doerries QC, chairman of the Bar Council, commented: “As this case shows, direct access can be an effective means for resolving disputes. The clients in this case were able to go directly to the specialist barristers for the representation they needed to bring this action.

“In a further example of how the Bar is innovating to make it easier for clients to access barristers, and our courts, the Bar Council’s third-party escrow account, BARCO, was used to protect the clients’ funds.

“Direct access continues to grow and now it is easier than ever for the public to find those barristers qualified to do this kind of work with the Bar Council’s direct access portal.”