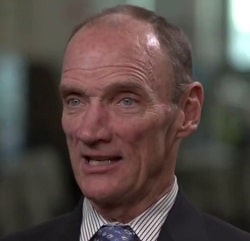 Multinational companies with turnovers of over $1bn are spending less than half their external legal budgets on large law firms, a report has indicated.

The survey, by the Economist Intelligence Unit (EIU), found that specialist firms accounted on average for 28% of their budgets, while freelance contributors and consultants took 18% and online platforms 13%.

Cost was the most common “challenge” faced by corporations in dealing with law firms, cited by almost half of them (48%), followed by lack of responsiveness (36%) and lack of familiarity with the business (35%).

Other problems were inefficient communication (32%), inconsistent or low quality of work (27%), lack of pricing/billing strategy (26%) and lack of attorney expertise (15%).

Researchers said a “stronger value proposition” was the most popular reason for working with a small or medium-sized law firm, cited by 54% of respondents. This was followed by a sharing a similar culture and easier sourcing and vetting (both with 44%).

A large minority of corporations (43%) said more tenders and proposals from SME law firms would be another reason for instructing them, along with lower costs.

The EIU surveyed 307 business leaders at director level or above at multinational companies with turnovers of over $1bn or above in the US, UK and Europe. A hundred of them worked mainly with legal or professional service providers.

Despite their large size, almost three-quarters (74%) of companies believed that SME service providers with fewer than 500 staff would have an important role in their firm five years from now.

In a vote of confidence for niche firms, 85% of respondents dealing with the legal sector said specialist providers would be more valuable to their firm than generalists in five years’ time.

This was higher than the comparable figure for management consultants (80%) and marketing companies (74%).

The report found that changing legal service providers could be time-consuming, with more than eight out of ten (83%) saying it took over a month and over a quarter (27%) saying it took four months.

The survey was commissioned by Globality, an online business platform that matches corporate clients with vetted SME service providers. Globality is based in California, with offices in London and Hong Kong.

Bill Brooks, general manager for legal at Globality, said there were opportunities for boutique law firms to offer a “nimbler and more bespoke service” and business leaders wanted easier sourcing and vetting.

“That’s where technology, such as artificial intelligence matching, can be of assistance in helping bring clients together with the service providers that are right for them.”

Meanwhile, the UK’s top 100 law firms achieved fee income growth of 7.7% in the quarter ended 31 January 2018, compared with the same period last year, according to the latest quarterly legal sector survey by Deloitte.

It said the higher revenues have been driven by average increases in fee-earner headcount and fees per fee-earner, with both increasing by approximately 4%.

Jeremy Black, partner in Deloitte’s professional services practice, said: “This has been another robust quarter for firms in the legal sector, in particular the small to mid-size firms. While all firms are facing a number of challenges, overall performance remains strong.”

Despite industry growth in fee income, there was a significant difference between law firms, Deloitte said. The top 10 firms reported lower growth of 2.5%, “as a result of stable fee-earner numbers and continued pressure on rates”.

The increase in fee income for firms in the 11-25 (9.6%) and also the 51-100 size categories (8.4%) outstripped their growth in fee-earner headcount and chargeable hours per fee-earner. “This indicates that firms in these size categories have successfully grown their fees generated per hour,” the survey said.

The survey also found that participants expected a slow fourth quarter, with fee income forecast to increase by 4%.

Mr Black added: “Although firms remain cautious about the future the underlying data shows that the market remains resilient.”