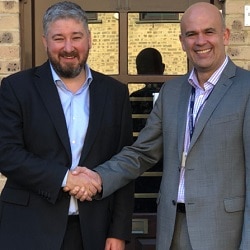 A “disastrous IT failure” suffered by a law firm’s biggest client tipped it over the edge into administration and a pre-pack sale to fast-growing national firm Taylor Rose TTKW, it has emerged.

Taylor Rose presented last month’s deal with Hertfordshire firm Breeze & Wyles (B&W) as a merger, but newly released papers showed that actually it paid £550,000 to buy B&W, which had offices in Bishops Stortford, Enfield and Hertford and 80 staff specialising primarily in property work.

A report by joint administrator Eric Walls of KSA Group said B&W was suffering from financial difficulties, with “significant unsustainable historic liabilities” and recent reductions in turnover levels which left it unable to continue in its existing form.

“The directors were forced to reduce staffing and overhead levels significantly in order to improve cash flow.

However, these reductions left the company not only unable to pay its historic creditors, in particular HMRC, but it was also unable to meet its future operational obligations as and when they fell due.

“Furthermore, the company’s largest client by volume suffered a disastrous IT failure in 2018 resulting in a c.90% reduction in daily instructions.”

The report explained that this led to B&W making “significant compensation payments to its customers for failing to complete their transactions in a timely manner”.

It also lost a number of high-profile contracts, resulting in a loss of around £200,000 per month in revenue.

Mr Walls wrote that it was initially felt that a company voluntary arrangement, in conjunction with the reduced costs base and closing two offices, would allow B&W to survive and provide the best outcome to creditors.

“However, when it became apparent that the company would struggle to meet its ongoing creditor and debt obligations, this option was no longer viable.”

B&W began operating in 2013 and Mr Walls said that since then it had enjoyed significant growth while remaining profitable, although much of this profit was “only achievable” through its ongoing work in progress.

The reason that the firm was not marketed for sale, he said, was that a large proportion of its work came from a single client.

“That client operates a limited panel system in respect of firms it will refer work to. Had the business been marketed, there was a real and significant risk that the client concerned would have immediately stopped providing new work and would have re-allocated the company’s ‘open’ files to another panel member.

“This would have effectively killed the business.”

This was also the reason given for not trading the firm during its administration.

The report revealed that Taylor Rose loaned B&W £117,000 prior to the administration so it could pay staff wages.

Taylor Rose TTKW now has over 500 people operating from 11 offices. In addition to the three from B&W, it has its Peterborough headquarters and two offices in London, and also a presence in Lichfield, Liverpool, Manchester, Northampton and Workington.

Taylor Rose was founded in 2009, when it grew out of leading defendant costs business Jaggards, and in 2015 merged with London firm Tucker Turner Kingsley Wood.

Managing director Adrian Jaggard had no comment beyond what he said at the time of the deal, which was: “Brendan [O’Brien, B&W’s chief executive] and his team have long-standing client relationships that will benefit from being part of a larger law firm with broader services.”