Big rise in solicitors struck off and firms shut 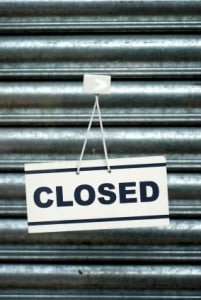 There has been a sharp increase in the numbers of law firms closed and solicitors struck off, Legal Futures has discovered.

Figures from the Solicitors Regulation Authority (SRA) show it intervened in 31% more firms in the year to 31 March 2010, while there was a 58% jump in strike-offs by the Solicitors Disciplinary Tribunal (SDT).

The SRA closed 92 firms in the year, compared with 70 in the previous 12 months. Though the proportion of interventions involving sole practitioners has remained constant at around 75%, the SRA has observed “a gradual increase in the proportion of interventions involving two-to-five partner firms”. It is up to 26%, compared to 19% two years before.

However, the proportion of interventions where dishonesty was suspected decreased from 37% to 33%, although it has been around this level for around two years after a sustained period where dishonesty was at quite a low level. Accounts rules breaches were suspected in 59% of interventions (49% in 2008/9) and Code of Conduct breaches in 33% (11% in 2008/9).

The SRA’s performance report for the first quarter of 2010 also reported that the number of new claims on the Solicitors Compensation Fund more than doubled in the first three months of this year compared to the last quarter – 1,564 as against 711 – although the total amount claimed only grew by 20% to nearly £39 million.

“This increase was due in the main to a large number of small claims relating to one particular intervention,” it said. This is likely to have been the closure of Cheadle and Birmingham firm Wolstenholmes.