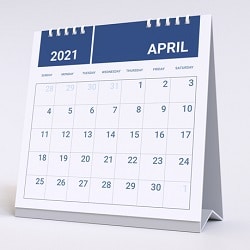 Some of the larger players in the personal injury (PI) market are set to merge while others will have to restructure, a report has predicted.

IRN Research warned that the value of the personal injury market would shrink by 1.5% this year and remain static in 2021 before recovering over the following two years.

Researchers said the market had reached a “watershed moment”, with the increase in the small claims limit for RTA cases to £5,000, which had been “hanging over the market” for months, now scheduled for April next year.

“Up to now, many of the purchases of PI firms, teams and caseloads have been larger players buying smaller portfolios but some of the larger players have a high volume of business in the RTA sector.

The UK Personal Injury Market Report 2020 said the arrival of the new digital portal for litigants in person in April 2020 “may create demand” for DIY templates and advice on navigating the portal.

IRN estimated that, based on firm revenues and market size, the largest 12 personal injury law firms took a combined share of the market of over 30%, making personal injury “the most heavily concentrated sector” in consumer law.

However, it said that, despite firms “leaving the sector, merging, or closing their PI practices”, there were “still too many firms in the sector”.

“The long-term decline in RTA claims has been exacerbated in the short-term by the coronavirus pandemic with a drop in vehicle journeys during the lockdown.”

The report said the total value of the personal injury market grew last year by 3.1% to £3.98bn but would fall this year by 1.5% to £3.92bn and next year would not change at all.

Meanwhile, a survey of a panel of 60 personal injury firms of all sizes carried out in June this year revealed that the proportion of firms reporting reduced workloads has more than doubled to 18% from 8% last year.

At the same time, the proportion reporting an increase in volumes plummeted to a quarter, from 42% in 2019. Most personal injury lawyers (57%) described volumes of work this year as “static”.

Despite the turbulence in the sector, just over four out of 10 practitioners expected their PI workloads to increase in the next 12 months but this was less than in the previous year.

Contemplating the changing landscape for the market, IRN predicted that law firms would seek to add related activities, such as vehicle hire or rehabilitation services, to their core PI claims business to increase revenues so they could rely less on low-value legal work.

Consumers had seen the value of contacting their lawyers and doctors remotely and this was likely to be “a more common feature of the sector”.

Researchers also forecast that new claims sectors would emerge, such as those dealing with virus-related claims against workplaces, the NHS, and cruise and other travel companies.

We revealed yesterday that the jobs of more than 100 staff at Yorkshire firm Heptonstalls have been saved by a start-up PI practice that aims to expand as others leave the market due to the whiplash reforms.