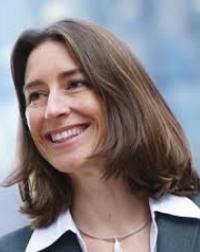 The top 100 UK law firms are more likely to see cyber-attacks as a threat to their ambitions than Covid-19, a survey by Big Four accountants PwC has found.

The threat that loomed second largest was the shortage of talent, followed by the speed of technological change, leaving the pandemic in fourth place.

In its annual top-100 survey [1], PwC said 90% were “extremely or somewhat concerned” about the impact of cyber threats on their ability to achieve their ambitions over the next 12 months, even though only 4% had experienced an attack and none of the firms involved were in the top 50.

In three-quarters of cases, cyber-attacks were the result of “unintentional actions taken by staff” rather than “malicious actions by staff” (2%). In almost all the other cases, firms said they did not know what caused the attack.

“The increase in remote working as a result of Covid-19 has made it increasingly complex to understand which employees pose an enhanced threat,” PwC said.

“Law firm cyber leaders should gain a better understanding of human behaviour demonstrated by their employees to make a difference to security culture.”

PwC said the proportion of law firms saying they were concerned by a shortage of legal talent rose from less than half (47%) last year to 87% this.

Although it had been recognised as a threat for some time, the “relentless pressure on salaries being generated by US firms, coupled with a buoyant legal market” meant that talent attraction and retention was an “increasingly pressing” issue.

“In a working world that is moving towards a hybrid of office and home working, firms need to ensure staff receive the coaching, networking opportunities and cultural immersion that will generate loyalty and help stem attrition.”

All of the top 10 law firms said they intended to reduce their office footprint, but less than half of firms outside the top 10 said the same.

In keeping with the optimistic mood of other recent surveys, PwC said 97% of firms had outperformed their revenue and profit expectations in 2021, with 74% posting an increase in fee income.

The survey found that, across the top 25 firms, partners had increased their chargeable hours by between 8% and 10%, perhaps reflecting an attitude that it was better to “delegate less work in the lockdown environment” where delegation was complex.

Brexit, which was widely cited in last year’s survey as a threat, did not feature this year, nor did “lack of stability in the legal market due to changing economic conditions”.

Kate Wolstenholme, law firms’ advisory leader at PwC, commented: “These are fast-moving and exciting times for UK law firms as they continue to adapt to operating flexibly in a post-pandemic climate.

“Law firms have experienced significant disruption over the last 18 months and most firms have been agile in fast-tracking changes in their working culture.”