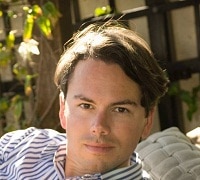 Unwin:”Peer recognition does not relate to success at all”

A group of US-based entrepreneurs claim to have carried out pioneering research showing that big commercial firms in the UK are “routinely rehiring poor performing barristers while ignoring the best performers”.

“Win rate does not correlate with billing rate,” Mr Unwin said. “The more people pay for something, the better they think it is, but because nobody has been keeping the score, they don’t know.

“Sooner or later someone will break the news that law firms have, for several hundred years, been picking barristers at random and not keeping track of win rates.

“Peer recognition does not relate to success at all. Clients of magic circle firms will spend insane amounts of money hiring QCs based on how attractive their offices are, the colour of their hair and whether they’re a well-regarded guy.

“The people with win rates of 70% or 80% are the ones who should be hired. What angers me is that you are could easily end up with someone with rates of 20% or less. The most important question a client should ask a barrister is ‘what is your win rate before this judge?’”

Mr Unwin, who was born and grew up in England, said clients would sometimes be better off representing themselves at the Court of Appeal, where the average win rate of litigants in person was 44%.

He said the amount of litigation carried out in the UK was “tiny” when compared to the USA, but it was more expensive, making it attractive to Premonition.

Mr Unwin said he had used some of his experience in founding online headhunting firm NetSearch, which he later sold, for his research on win rates.

“Premonition’s mission is to identify trends over large numbers of cases to spot outlying performers,” he said. “Therefore we do not get into the minutiae of determining ‘good’ and ‘bad’, wins or losses. Where cases are on the fence we exclude them from win rate calculations as we are looking for the outright best performers.”

“We taught the computer how to read cases. After about 2,000 cases the computer would ask us if it did not understand a ruling. It was like dealing with a child – only now the child has grown up.”

Premonition says on its website that it enables clients to “know the track record” of their attorney, “select co-counsel who have never lost in front of certain judges” and “analyse the court, judge and opposing counsel by their win rates and results”.

Expert witnesses and arbitrators can be chosen in the same way, which the site says adds up to a “very, very unfair advantage in litigation”.

Premonition’s other co-founder is Guy Kurlandski, who describes himself as a “serial entrepreneur” across a range of industries, including newspapers, private equity, video games and property.