Big law firms “failing to adopt their own innovations” 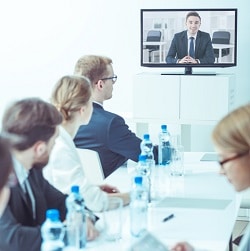 Innovation: Hard to get widespread buy-in

The largest law firms in the UK and elsewhere are introducing innovations with “a deep faith in their potential, but far less success in their deployment”, a report has found.

Only a fifth (21%) of initiatives were described by law firms as “pervasive”, while a similar proportion (19%) were used only by individual lawyers “driven by specific clients or matters”.

Researchers from legal industry advisers Baretz+Brunelle said their findings confirmed “anecdotal reporting that overcoming the adoption hurdle is a challenging one” for large law firms.

“It’s one thing to recognise a need for change. Or to begin work on a ‘New Law’ initiative that could help your firm and its lawyers improve.

“But it’s another thing entirely to get the lawyers in your firm to adopt the New Law tools that your firm develops for them.”

The report, If You Build It, Will They Come?, was conceived after “consistently hearing anecdotes from professionals at leading law firms who had developed what they believed to be great New Law initiatives but found them to be underused by their firms’ own lawyers”.

Firms said a significant minority of initiatives (13%) “had not made it past our innovation team or committee”.

Almost a fifth of initiatives (19%) were adopted only by individual lawyers “driven by specific clients or matters”, while in a third of cases (34%) “some legal teams or practice groups” delivered the service using the new technology or model.

Only 12% of innovations were adopted by most of firms’ practice groups, while 21% were described as “pervasive at our firm”.

Initiatives most likely to be rated by firms as “mature” were online compliance training tools (48%), captive ALSPs (37%), alternative or captive staffing agencies (34%) and firm-built client-facing technology (25%).

Law firms were most likely to rate smart contracts/blockchain as “immature” innovations (42%), followed by consulting (39%). Data analysis to inform legal judgement featured near the top of both lists.

Researchers concluded: “We asked ‘what have you built?’ and learned that AmLaw 200 and Global 100 firms have actually built a lot.

“Many firms are trying many different New Law initiatives. We asked ‘did they come?’ and got a mixed response. Some initiatives are gaining some adoption, but most are not terribly far along the maturity curve.”

Baretz+Brunelle published research a year go that showed the world’s largest law firms had been “quietly mobilising” to recapture revenue lost to ALSPs by creating their own in-house versions.