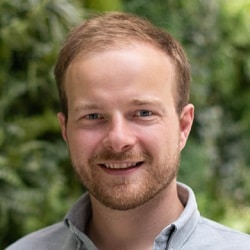 A large commercial law firm will ditch its client account in favour of a third-party managed account (TPMA) by the end of the year, a leading payment processor has predicted.

Geoff Dunnett, director of professional services at Shieldpay, said the company worked with around 30 law firms that already relied on a TPMA instead of a client account, including three personal injury firms.

Mr Dunnett, a former City solicitor, said most of the firms were sole practices or had one to two partners, while the biggest had five partners. However, a number of large law firms were also thinking about dropping client accounts for TPMAs .

“I feel confident that by the end of the year a large commercial firm, that does primarily commercial and litigation work, will do it,” he said.

“Apart from residential conveyancers, nobody wants to hold client money. The interest rates are low and the risks high.”

Mr Dunnett said 11 commercial firms in the top 100, and leading US law firms like White & Case and Cooley, were already using Shieldpay TPMAs for corporate escrow and one-off commercial transactions.

He said two personal injury firms in the Manchester area had relied on TPMAs since the start of this year, along with a sole practice that came on board last month.

Mr Dunnett said adoption of TPMAs would “really come” when an indemnity insurer spelt out what the savings could be. He said this could happen as early as next month, when a “major indemnity insurer” promoted Shieldpay to firms with one to 10 partners.

He said another milestone would be when the Shieldpay platform was integrated with a leading case management system, which he expected to happen by October.

Mr Dunnett forecast that sole practitioners would be the first to widely adopt TPMAs, particularly in the wake of the Solicitors Regulation Authority (SRA) rule changes in November, which facilitate alternatives to client account.

They would be followed by one to 10 partner firms that do not do much conveyancing.

He said he expected most of the “push back” against TPMAs to come from medium-sized firms with more than 10 partners, which had good systems in place and did not see the issue as a priority.

“The intent of the SRA and Council for Licensed Conveyancers could not be clearer. Regulators think TPMAs are a worthwhile alternative to handling client money. It is a matter of time before more and more firms start doing it.”

Mr Dunnett said three conveyancing firms had moved from client account to Shieldpay for all their transactions, but they handled only cash transactions and not mortgage work.

However, he said all the conveyancing firms on Shieldpay’s legal services advisory board for property work – My Home Move, WYM Legal, Fletcher Longstaff, Legal Zoom, The Partnership, Angela Viney and TCS Conveyancing – were, by helping develop the offering, exploring the viability of TPMAs and whether moving away from client account could benefit their businesses.

Mr Dunnett said one of the big barriers to wider adoption was the belief that the ability to service clients would be affected.

“The role of lawyers is still 100% present. They authorise us to make payments on the Shieldpay platform on their behalf. It feels like it did when they had client account, only the money is held by us and the liability and risk is with us.

“Solicitors are understandably cautious about TPMAs and want to feel that the buck stops with them, but I believe lawyers should spend more time lawyering and leave the risk to someone else.”