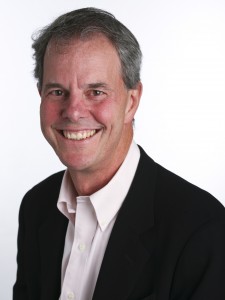 Brayne: ‘full service’ will take on a new meaning

Global demand for non-traditional legal services, such as contract lawyers and document-review services, will rise sharply over the next five years, research for Allen & Overy has found.

The proportion of organisations using ‘contract lawyers’ (self-employed lawyers taken on for short periods or a fixed term), is predicted to rise from 63% to 74% over the next five years, and the proportion using document review services from 34% to 48%.

Allen & Overy said 198 “senior buyers of legal services” around the world, with a collective annual legal budget of £3.5bn, contributed to the report Unbundling a Market: The appetite for new legal services models.

The research found that use of contract lawyers and document review was highest among organisations based in the US and the UK, and among large financial institutions.

“The largest increases are anticipated among organisations in the Middle East and Africa and Asia Pacific regions, which will quickly catch up with peers around the rest of the world,” researchers said.

“However, the organisations that are early adopters of ‘non-traditional’ legal delivery models are spending a higher proportion – close to a third – of their external legal budget with these types of providers.

“Our analysis also shows that organisations that are actively planning to decrease spending with traditional law firms are choosing to increase spending on other providers at a much higher rate. These trends represent a significant shift in spending patterns. As more organisations move towards a similarly diverse spending mix, this will have a fundamental impact on how legal work is delivered.

“The emergence of alternative legal service delivery models has made hybrid approaches, where legal solutions are delivered through two or more types of legal provider working in collaboration, much more achievable.” Researchers reported that 24% of interviewees said they had adopted hybrid approaches to address legal challenges in the last two years. A further 14% said they intended to do so in future.

The report found that pressure to deliver value was most acutely felt by UK companies, which had adopted new legal services models earlier.

More than four in ten were planning to reduce spending on traditional law firms, while use of contract lawyers and document-review services was expected to rise to 79% and 49% over the next five years.

Jonathan Brayne, head of A&O’s innovation panel, said: “There will come a time when a law firm won’t be able to call itself ‘full service’ simply by delivering a wide range of traditional legal practice areas in a wide range of locations.

“To be ‘full service’ it will also need to offer a range of non-traditional services and delivery methods to achieve the best combination of cost and quality for clients.”

A&O has a legal services centre in Dublin which carries out document reviews and launched Peerpoint in 2013, which has a panel of experienced lawyers who work on contract. The report added that a group of 10 partners was developing a “consulting-style approach” to solving legal problems.