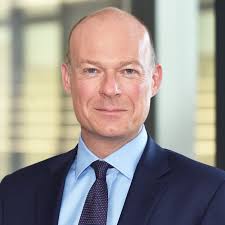 Big Four firm Deloitte yesterday issued a statement of intent to the London legal market by announcing that it is to acquire leading technology and digital media law firm Kemp Little.

It will add 29 partners and up to 57 lawyers to Deloitte Legal upon completion, doubling its lawyer headcount to more than 170, and 370 people in total.

Michael Castle, managing partner for Deloitte Legal in the UK, said Kemp Little was “market-leading in the practice areas that Deloitte Legal has identified as being core to its offering”.

He explained: “These areas are all synergistic with Deloitte’s wider business, meaning that we will be able to offer end-to-end professional services in areas like commercial technology and digital media…

“The addition of Kemp Little’s lawyers and their experience of developing their own technology products will represent a significant change in the scale of our advisory practice, and will accelerate the development of our own technology-led legal offerings for clients.”

Richard Houston, senior partner and chief executive of Deloitte North and South Europe, said the deal demonstrated the firm’s confidence and willingness to invest “where there is clear market demand”.

Andrew Joint, Kemp Little’s managing partner, added: “Having already collaborated on a number of projects in the past, Deloitte Legal and Kemp Little have a track record of working together successfully.

“The team at Deloitte Legal is growing a unique and exciting combination of technology, consulting and legal advisory skills, and also benefits from the Deloitte network’s global scale.”

He said the combination would be a “a very compelling offering in a market that has long been demanding greater innovation in the delivery of legal services”.

In May, it hired Emily Foges – former chief executive of leading lawtech firm Luminance – as lead partner for its legal managed services business, with the aim of creating multi-disciplinary services “that the market has never seen before”.

It also appointed Sonia Williamson, former general counsel at TalkTalk and head of managed services and projects at Riverview Law before and after its acquisition by EY, as a director leading on contract management.

Globally, Deloitte Legal currently has around 2,500 professionals operating in more than 80 countries.