Big Four “cornering the market for legal solutions, not advice” 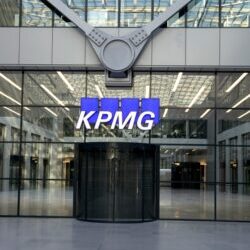 The Big Four accounting firms are taking advantage of the changing legal market and “cornering the market of solutions, rather than advice”, a report has argued.

They are attracting clients by offering a higher integration of technology with process and project management than traditional law firms may be able to offer.

“With efficiencies, experience and scale across a huge range of specialties, the Big Four have a different perspective on their clients and the challenges they face,” according to the report from LexisNexis Legal & Professional.

When Deloitte, EY, KPMG and PwC originally began building their legal services capabilities in the 1990s, they set out to be “just like law firms but bigger”, the report said.

But now they have evolved their strategy and approach, benefitting from companies’ increasing use of alternative legal services providers (ALSPs) and the changes to the way legal services are delivered that they have introduced.

“By utilising cutting-edge technologies, such as artificial intelligence and machine learning, the Big Four can automate the routine, low-value, high-volume legal tasks – winning business that is often unwanted,” the report said.

“The Big Four are less interested in building share of big, high-profile legal work. Instead, they are seeking to become the engine room of professional services.”

For example, while the parties in Bayer’s $66bn acquisition of Monsanto in 2016 were advised by top global law firms such as Allen & Overy and US firm Wachtell Lipton Rosen & Katz, the post-merger work – the integration of all the contracts and all the policies and procedures – was handled by PwC.

Harvard law professor David Wilkins told researchers: “The Big Four can offer a far higher integration of technology, project management and process management; they employ a huge number of people across a huge range of specialties and they are way more global than even the most global law firm.

“This is why, for many kinds of issues that companies face, it’s a very attractive offering.”

Emily Foges, lead partner for legal managed services at Deloitte, said: “Our strategy is very much rooted in the needs of the client to be offered solutions and not just advice.

“The vision for Deloitte Legal has always been that you bring together high-quality legal advice with legal management consulting, legal managed services and legal technology.

“This way you can provide a complete end-to-end service to the client and achieve the outcomes they are looking for, not just give them advice on those outcomes.”

The report identified competing views over how much impact the Big Four were likely to have on the wider legal market but said some firms would potentially find themselves “outgunned by the elite firms at the top and squeezed out lower down because they can’t compete with the Big Four”.

KPMG Law, which has tripled its revenue in the UK over five years to £45m, worked with Sainsbury’s on an international reorganisation project.

Deloitte Legal is working with Fujitsu, BT, EE and Ikea, while EY Law has partnerships with Nokia, Tesco and pharmaceutical company Merck Sharp & Dohme. Researchers were unable to estimate these two firms’ UK turnovers, however.

At the same time, LexisNexis noted that not all the Big Four were competing for certain types of traditional legal work – for instance, only PwC and Deloitte listed litigation among their practice areas – while legal services remained a very small part of the quartet’s global businesses.

They were also facing “significant regulatory challenges around their core business to safeguard against further audit scandals. If their audit business is ring fenced, then the ability to cross-sell services to their legal business will be constrained”.

The report noted that some traditional firms have responded to the same trends by expanding into areas pioneered by the Big Four or ALSPs, such as legal operations consulting and risk consulting, but identified the traditional partner model as potentially acting as a “handbrake on meaningful change”.

It also observed a “more flexible” approach to talent management and recruitment, with the Big Four attracting “a different type of employee”.

They were no longer solely recruiting top talent from law firms and were instead increasingly being led by internal talent, often with non-legal backgrounds.

“This… is because they understand and can bring to life the differentiated value proposition offered by the Big Four,” LexisNexis said.