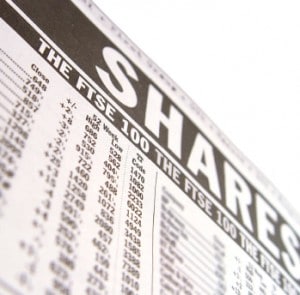 The FTSE: home to law firms in the future?

Large law firms should consider structures that allow them “to trade in the substantial value of their businesses”, a corporate advisory firm claimed yesterday.

Europa Partners said that law firms are “valuable businesses” and increasingly recognising this as well, with six of the top ten by value large enough to be included in the FTSE 100 if they were listed.

Allen & Overy is the largest UK firm on this basis, with an estimated value of some £2.6bn, with Freshfields, Linklaters, Clifford Chance, Hogan Lovells and DLA Piper all valued at over £2bn; next came Slaughter and May at £990m.

The report used standard investment banking methodologies to estimate a value for each firm as if they were structured as corporate businesses.

Europa said that despite extremely challenging markets, there is consistency and resilience in the valuation of the big firms.”The top 10 firms are the same as last year and their absolute values are generally little changed. This demonstrates the breadth and diversity of the largest firms’ offerings.”

e already looking at how they might amend their capital structures to facilitate international expansion,” the report said.

Robert Colthorpe, a partner at Europa, said: “This looks increasingly like a period of great change and opportunity for UK law firms. You are seeing leading firms becoming more sophisticated and strategic in the ways they are seeking to quantify business value. Business success will increasingly reflect how law firms move beyond being ‘annual P&L ventures’ towards more sophisticated economic models.

“Whilst currently only a few law firms are looking to IPO, the UK’s larger firms may benefit from creating mechanisms that recognise, allocate and allow trade in the substantial value of their businesses.”

The study – most of which is only being released to senior and managing partners that Europa is meeting – estimated that the average value per equity partner at Slaughter and May is £8.1m, followed by Linklaters (£7.5m), Freshfields (£7.1m) and Allen & Overy (£6.6m).

It said that below the top 10, the market is fragmented with a long tail of firms with values of between £100m and £400m.

Europa also reported that US firms are following developments closely, “seeing an opportunity to exploit the regulatory changes in the UK and to press for deregulation in their domestic market”.

The report was based on publicly available data on UK firms – and estimates when it came to Slaughter and May, which does not publish and file accounts.