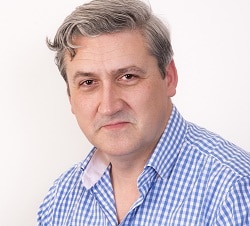 Small and medium-sized law firms will get free help and advice from some of the biggest firms in the country on how to become more inclusive employers under a pilot scheme launched this month by the Solicitors Regulation Authority (SRA).

The 10 large law firms taking part in the LGBT mentoring scheme are all highly ranked on the Stonewall Workplace Equality Index and include Clifford Chance, Baker McKenzie and Berwin Leighton Paisner.

One of around 20 SME firms involved in the scheme is Burnett Barker, an alternative business structure based in Bury St Edmunds, Suffolk.

Daryl Griffiths, the firm’s non-lawyer chief executive, said he was “mindful that some law firms could be a little narrow-minded” and he wanted to make the firm “attractive to people who are not normally attracted to the law as a career”.

Mr Griffiths said there was a reasonable-sized gay and bisexual community in Bury St Edmunds.

“There is still a little bit of a stigma about being LGBT. We are trying to normalise the conversation and attract the best talent we can.”

Mr Griffiths said his firm was “not 100% straight”, but he did not want to give any more details to avoid identifying anyone.

He said that, unlike small firms, big practices had members of staff entirely dedicated to diversity and the mentoring scheme could save Burnett Barker from “reinventing the wheel”.

The firm will get free advice for an average of two hours every month on advocacy and community networks, leadership and accountability, policy development, recruitment and retention, role models and social media.

Burnett Barker is unusual in that eight of its 10 solicitors are female. It is owned jointly by Mr Griffiths, formerly the practice manager, and his wife Miranda Mortlock, a solicitor and head of residential property.

Aseia Rafique, the SRA’s equality, diversity and inclusion manager, said: “We want to help small and medium-sized law firms develop their approach to lesbian, gay, bi and trans diversity and access the business benefits that come with being a more inclusive employer.”