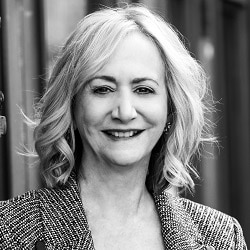 The world’s largest law firms have been “quietly mobilising” to recapture revenue lost to alternative legal service providers (ALSPs) by creating their own in-house versions, according to new research.

Non-US firms have been developing their offering more quickly, the report by US legal industry advisory firm Baretz+Brunelle found.

According to its report, Home Court Advantage, more than a third of the top 100 US and non-US international firms have captive ALSPs, using technology to more efficiently perform routine tasks, such as e-disclosure, contract review, lease abstraction, intellectual property services and M&A due diligence.

Baretz+Brunelle described this as “a surprisingly large number that is projected to grow as firms position themselves to regain control from outside providers over a growing portion of the legal services market”.

The report said that the captive ALSPs of international firms were “evolving more quickly” than their US counterparts. Only 8% of non-US global 100 firms’ captive ALSPs offer only e-disclosure, as compared to 37% of the top US firms.

“Perhaps more telling, for three of the more advanced service offerings— contract review, IP services, and M&A due diligence—more than twice the percentage of captive ALSPs at global 100 perform them than at AmLaw 100 firms.”

The report described as ‘mature’ those captives that offered three or more services, a stage reached by 52% of international firms and 26% of US firms.

Most of the captive ALSPs were branded, but only 9% of those at US firms and 15% at international firms were structured as separate businesses.

Brad Blickstein, partner and co-head of Baretz+Brunelle’s NewLaw practice group, said: “You would expect law firms to be shouting from the rooftops about the new capabilities they are developing, but the market doesn’t know much about them. This frustrates their clients, too.

“Law firms got into this game late, but they have plenty of reason to be optimistic about their future in this line of business. As incumbents, they have advantages over ALSPs that they can and should be exploiting. We are very bullish about the opportunities that captive ALSPs provide for law firms.”

Beatrice Seravello, partner and the other co-head, added: “Change is hard for any organisation, especially a tradition-bound law firm with many centres of power. The fact that so many have taken on the challenge of building a captive ALSP shows how urgent the business need is.”