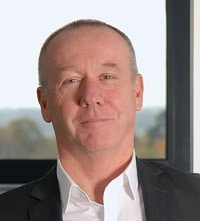 The top five conveyancing firms handled 36% fewer transactions in the first quarter of this year, a report has found, and their market share dropped from 8% to 6%.

The survey showed that firms as a whole dealt with an average of 14% fewer transactions, while the number active in the market fell by a further 2% to 4,177.

The Conveyancing Market Tracker survey by Search Acumen, based on data from the Land Registry, found that the continuing decline in firm numbers was based on a “long-term trend of firms disappearing at the lower end of the market”.

Of the 153 firms which ceased to be active, 129 averaged no more than 10 transactions a month. This compares with an average of 57 a month for firms as a whole.

Researchers said that the total number of conveyancing transactions in the first quarter, 238,668, was 16% lower than the previous quarter.

Mark Riddick, chairman of Search Acumen, said the fact that larger conveyancing firms had been hit most by the slow start to 2015 was a “clear sign that no-one is immune to competitive pressures in a temperamental housing market”.

He described the drop in transactions this year as “perhaps an inevitable result of stricter lending criteria and pre-election uncertainty”.

Mr Riddick went on: “Conveyancers can take some comfort from the fact that the average firm is still clocking up more transactions than they were two or three years ago.

“Looking ahead, the quick transition from coalition to Conservative governments will help to avoid the market disruption that might have come from weeks of post-election party negotiations.”

However, he warned that firms could not “simply rely on there being more customers to go round” if they wanted to increase volumes.

“At the start of the year, they reported that improving systems and processes was the biggest challenge to growing their business. Fierce competition means there is no room for operational inefficiencies and no time for any firm to take their eye off the ball if they want to hit – or exceed – their 2015 targets.”