Big CMCs to be hit hardest as FCA seeks £17m 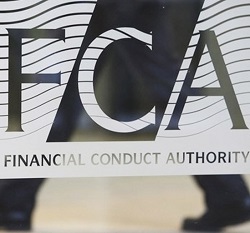 The big claims management companies (CMCs) will be hit hardest by fee increases planned by the Financial Conduct Authority (FCA) to fund the £17m cost of their new regulatory regime, it has emerged.

The plan will anger personal injury CMCs because the FCA has drawn no distinction between them and financial services CMCs, which generate significantly more regulatory activity, particularly when it comes to complaints.

The FCA, which takes over the regulation of CMCs from the Ministry of Justice (MoJ) in April 2019, said setting up and delivering the claims management regulatory regime would cost £16.8m up to and including 2020/21.

A newly published consultation paper said: “We will have to recover this amount from CMCs. When we set up regulatory regimes that bring new entities into our scope, we can sometimes defer recovery of the project costs until we have a substantial body of fee payers in place to share the charges.

“However, the claims management industry is undergoing considerable change and this uncertainty limits our ability to defer recovery of costs.”

It highlighted in particular the 29 August 2019 deadline for payment protection insurance claims, after which some CMCs may have “to adjust their business models to continue providing claims management services for consumers, and some firms may exit the market entirely”.

It said: “There is a strong risk that recovery of the project costs might fall disproportionately heavily on those firms that successfully apply for authorisation and become fee payers from 2020/21 onwards.

“It would be unfair for firms which take advantage of the regulatory gateway, but which leave within the first year, to pass their share of the project costs to those firms which continue to be authorised by us.

“For this reason, we have decided to collect a substantial proportion of our project costs in the first year. We aim to recover £7.1m through periodic fees in 2019/20, which is around 42% of the total. The balance will be spread over subsequent years.”

The regulator said it proposed to increase the application fees paid by CMCs with turnovers above £1m from the £2,000 currently charged by the MoJ’s Claims Management Regulator (CMR) to £10,000.

To make things worse for the biggest businesses, the FCA said it would be abolishing the CMR’s cap of £150,000 on total annual fees.

“The CMR puts an upper limit on the fees payable by CMCs. However, to bring CMCs into line with our standard policy that firms should pay in proportion to their market share, the FCA does not propose to apply such a cap.”

In a further blow for large CMCs, the fees put forward by the FCA for the Financial Ombudsman Service (FOS), which will take over claims management complaints from the Legal Ombudsman in April 2019, will have a disproportionate impact on them.

The FCA said FOS had estimated it would need to raise between £1.5m and £2.5m from CMCs in 2019-20 to cover transfer costs and complaints.

However, the smallest CMCs would lose out following the FCA’s introduction of a minimum £1,000 annual fee.

The FCA commented: “We are funded entirely by the bodies we regulate and receive no subsidies from other sources.

“Our fees are intended to distribute cost recovery between fee payers as fairly and efficiently as possible. They are not intended to influence firm’s behaviour.”

There are also case fees. Businesses covered by FOS currently pay £550 per case and are permitted 25 free cases per year. It is likely that similar rules will apply to CMCs, but this won’t be confirmed until next year.

Speaking earlier this month, Andy Kay, director of operations at First4Lawyers – which does not handle financial mis-selling work – said the company was concerned about the FCA’s ‘one size fits all’ approach to regulating CMCs.

“It is CMCs operating in financial services – and particularly in payment protection insurance claims – that cause 95% of complaints to the current regulator, according to the Legal Ombudsman,” he pointed out.

In a further development the FCA said CMCs would not benefit from or contribute to the Financial Services Compensation Scheme (FSCS), which provides compensation to consumers of financial services firms.

“Our proposed new rules for CMCs will help protect client money if it is held by CMCs and introduce new requirements to help ensure a smooth wind-down if a CMC closes.

“We do not propose to extend FSCS cover to consumers of CMCs at present, but we may review the position in the future if there is evidence of significant consumer harm.”

Garry Hunter, Head of Claims Management Regulation at the FCA, will be speaking at our PI Futures conference on 18 September in Liverpool. Click here for all the details and to book tickets.